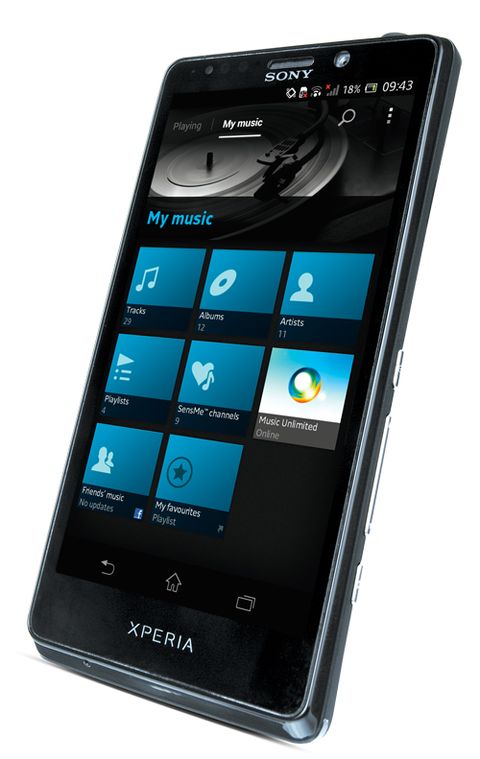 It’s fair to say it has been a good while since Sony has been a force in the world of phones, but the Sony Xperia T hopes to change that.

Having had just 1 per cent of the mobile phone market at the turn of the century, the company joined forces with Ericsson in 2001 and, after a tricky start, saw booming sales of Sony Ericsson phones, some of the first handsets to have colour screens and cameras.

After this boom, the company once again struggled, and having bought out Ericsson in 2010, Sony Mobile is now going it alone. The Sony Xperia T – the ‘Bond Phone’ in Skyfall – is the flagship in the first Sony Mobile range.

A 1.5 GHz dual-core processor and 1GB of RAM is fairly par for the course, though a 13MP/1080p camera is a class above both on paper and in practice, producing excellent results.

A 16GB capacity is backed by an SD card slot, but there’s no removable battery so you’ll have to settle for the so-so 1850 mAh offering inside, which proves to be be fairly average.

Is it wrong for us to want something a little more cutting-edge when it comes to the style and design of a phone fit for 007?

It feels solid and perhaps able to withstand the odd explosion, and the dimensions won’t trouble a sharp suit, but it somehow looks and feels a little last-gen.

We’re also not sure about the button placement because, if you’re a right-hander, everything’s in the corner that’s likely to be covered by your palm.

There’s little wrong with our first interactions with the screen, however. It’s sharp and easy to read. And rapid. The five-page layout is sensible, with back, home and multitasking touch buttons.

a hub for your own music. And it’s neatly laid out, too.

There’s a great deal to like about the Sony Xperia T. Notably, the phone’s sound and video performance, the quality of its screen and the speed of its response to commands.

There’s also Sony’s joined-up ecosystem for content and products. Does it have the wow factor of the best about? Not for us. But for Sony – or for Bond – fans, it’s a contender.