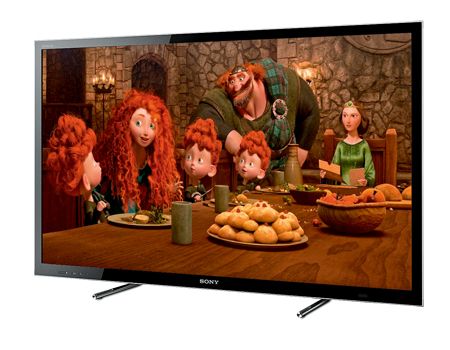 Best 32in TV, Awards 2012. The Sony does everything you need and performs superbly: an excellent all-rounder

Following a lacklustre 2011, Sony’s TVs are proving to be some of the most desirable sets of 2012.

The company’s KDL-HX853 range has a Supertest victory to its name, and we’ve already given the 46in version of its KDL-HX753 series a glowing five-star review, so our appetite was whetted as we carried this model into our viewing rooms.

This 32in version, the Sony KDL-32HX753, is every bit as attractive as its bigger brother. The edge-lit LED panel looks the business, perched on its svelte ‘easel’ stand, (which allows you to adjust pitch) and it’s well-equipped too.

Sony has tweaked and polished its Smart TV platform for its 2012 models and it’s a much slicker, not to mention better-specified, experience.

It’s easy to flick between content and all your music, video and apps are split into tiled sections so you can scroll by icon or artwork. There’s extensive streaming support too, including iPlayer, Demand5, and LoveFilm together with the option of wired or wi-fi web connectivity.

The only negative is that 3D glasses are an optional extra, which might seem a retrograde step given that rivals, such as LG, bundle multiple pairs in with their sets for free.

Picture quality is excellent. The Sony’s a 200Hz panel (240Hz when running 3D), and its motion handling is easily among the best in class.

Watching Wimbledon through the Freeview HD tuner, there’s a breathtaking sense of clarity and excellent edge definition afforded to the players, court and crowd. Lines drawn around the ball are resolute, even when it’s being served at over 100mph.

Step up to Blu-ray and picture quality goes up a notch. Inception looks fantastic, with excellent contrast levels on display. As Di Caprio and colleagues infiltrate the mountain base, snowy whites are perfectly judged: bright without looking overdone.

Audio-wise, the Sony sounds on the thin side, but by the shoddy standards set by some rival sets it’s listenable enough. You can always try to alter the balance through the on-screen menus.

Big screens might be all the rage, but if your sights are set on smaller fare then the 32HX753 comes highly recommended.