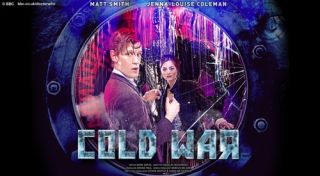 Morning everyone, and welcome to The Week in HD - our guide to all the must-see TV shows, films, sports and Blu-ray releases to grace your screens for the next seven days.

There are plenty of great HD shows on this week, and you can get daily updates and alerts on what's on by following @TodayinHD on twitter.

Dark Wings, Dark Words. New characters are introduced tonight, most notable Diana Riggs as Olenna Tyrell and Mackenzie Crook as Orell. While Arya runs into the Brotherhood Without Banners, her sister Sansa 'says too much'...

The entire town comes together to mourn, throwing light on a new suspect for Danny's murder. Local vicar Paul (played by Arthur Darvill) is asked for help.

A repeat with extra bits of the new episode - great for catch-up, great for more from Pointless' Richard Osman.

Possibility Two. Taking on teacher/pupil roles, Holmes instructs Watson in the ways of deductive reasoning, leading to her pursuing her own case alongside the central murdered-geneticist case. Elsewhere, Holmes traps a bee.

Peter Jackson takes us back to Middle Earth, where a hobbit named Bilbo Baggins sets off on an incredible journey with thirteen dwarves and the wizard Gandalf to reclaim the lost dwarf kingdom of Erebor from the reign of the dragon Smaug.

Starring Martin Freeman, Ian McKellan, Richard Armitage and a whole host of familiar and new characters - we wouldn't miss any opportunity to once more dive into Tolkein's magical world. Also out on Blu-ray this week!

It's the final week of heats, with five more amateur chefs hoping to get the judges' taste buds sizzling. In a good way.

Murder, He Wrote. Castle and Beckett run off secretly to the Hamptons for a romantic weekend, but alas, there's no peace for the crime-fighting duo when a dying man stumbles into Castle's garden. Naturally, they must investigate.

The Doorway (parts 1 & 2). This double-bill opener to the new sixth series of Mad Men starts things off dramatically with a – wait, no spoilers!

The feature-length episode features Don Draper leading a new campaign in a new era – the '60s are coming to an end, and Don clashes with the new wave of youngsters, such as Michael Ginsberg, who now fill the offices of SCDP.

Elsewhere, Roger is in therapy, Betty and Sally's mother-daughter conflicts continue to rage, and Peggy stretches her wings in a post-SCDP world.

And that's it: the last round of heats with the last five chefs hoping for a place in Friday's quarter-finals showdown. On the Palate Test menu tonight is a scallop and crab ravioli with a spiced prawn sauce.

Blood in the Water. With the Daniel Hardman fiasco out of their way (or is it...?), Pearson Hardman attempt to go about their daily business, but find that clients are jumping ship to rival firms.

While Jessica and Harvey hatch plans, this is Louis Litt's episode. Fed up with being underappreciated, Louis vents his frustration on the associates and looks for a new beginning.

The always-entertaining Brian Blessed is the guest host tonight, with Bridget Christie and Nick Robinson joining Ian Hislop and Paul Merton on the panels.

Skiing. Lee, Lucy and Daisy go on a skiing trip to Eastern Europe – we can already sense this is going to start, let alone end, badly – and inevitably, they get stuck in a cable car.

Inventing the Girl. One of my favourite classic Castle episodes from season 2, where a model's death leads the detectives into the fashion world; but it's the murderer's revelation that stays with you.

1983. Russia. Submarine. A frozen alien warrior is waking up from a deep slumber. The Tardis materialises... First return of the Ice Warriors since the Third Doctor in 1974.

Will he be able to repeat his performance this year, or will new teammate Lewis Hamilton – and the cloud of team orders still hanging from the last race – once again trump him to the podium?