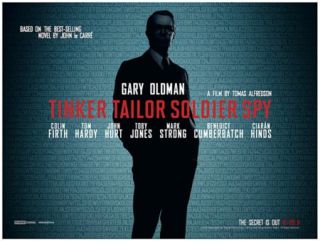 Welcome back to the newly resurrected Week in HD blog. We'll be bringing you the best of high definition in the worlds of TV, film, games and sports in the week ahead.

Here are some highlights to have caught our attention...

Ryan Gosling stars as a Hollywood stuntman who moonlights as a getaway driver for the underworld of LA, and lands himself in a spot of bother. The slick, film noir-esque style and ethereal electronic pop will be a treat in Blu-ray. Also stars Carey Mulligan, Christina Hendricks and Ron Perlman.

Or if you're in the mood for something a bit different this cold Monday night - zombies!

Star Trek: The Next Generation - The Next Level - Blu-ray

It's my firm belief that Blu-ray was created so that we could watch Star Trek: TNG in HD. This collection of select episodes offers a 'Taste of TNG in High Definition' - a tantalising glimpse of what the upcoming complete remastered releases of The Next Generation will be like. Warp speed ahead.

The BBC was having quite the Dickens fest over Christmas and New Years. This three-part lavish adaptation of my personal favourite Dickens book was the perfect Christmas treat - with Gillian Anderson putting in a hauntingly brilliant performance as Miss Havisham.

If, like me, you missed the first episode of the new series - here's your chance to catch it on repeat. The boys are back on form, testing supercars in Italy, including a race at the legendary Imola GP circuit.

I love a good ol' 90s flick. This comedy/horror features Michael J Fox and his ghostly sidekicks tackling a supernatural serial killer. This film's hugely enjoyable, with Beetlejuice-like humour and some genuine frights thrown in. And hey, it's Peter Jackson and Danny Elfman - can't go wrong.

A quiet night, so feast your eyes on this goth detective's psychedelic fusion of live action and animation. Fielding's mind is a very strange and wonderful place indeed.

Karl Pilkington meets dolphins. Surely he must like dolphins, right? Yes, it's a repeat, but we'll never tire of Gervais and Merchant sending Karl on these exotic journeys that only end up exasperating him.

The sequel to the 13th instalment of the popular fantasy franchise takes place 3 years after the events of 2009's game. Releases in both PS3 and Xbox on the same day.

There's nothing like watching nature documentaries in HD. Tonight's episode looks at how some species survived the catastrophic asteroid collision 65 million years ago. Farewell, dinosaurs.

Las Vegas, ensemble cast, snappy dialogue, mad casino heist – the first of Soderbegh's Oceans trilogy was the best of the lot. I've watched this far too many times than should be allowed, but what a fun film.

As we patiently wait out the entirety of 2012 in anticipation of The Hobbit: An Unexpected Journey, let's attempt to fill the void with another visual spectacle from Peter Jackson.

Clarkson and May visit Beijing to look at China's ever-expanding car industry, while Hammond does Texas and NASCAR. What could possibly go wrong?

The fantastic supernatural series is back on telly - minus broody vampire Mitchell (Aidan Turner), with the loveable werewolf George (Russell Tovey) set to leave this season as well. That leaves Annie the ghost (Lenora Crichlow) to find two replacements.