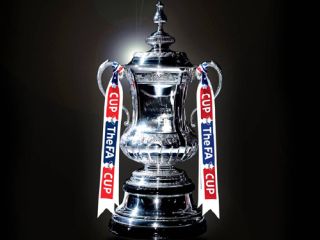 The Laws of Gods and Men. Tyrion's trial begins, and it's not looking good. One of the judges is his father, Lord Tywin, who has hated him since the day he was born. Is this Tywin and Cersei's chance to get rid of Tyrion once and for all?

Elsewhere, Stannis has a new strategy and Daenerys prepares to rule in Meereen. And we're introduced to the Iron Bank of Braavos, by way of Tycho Nestoris (played by Sherlock's Mark Gatiss).

The Oscar winning film from Steve McQueen (no, not that one) makes its way onto home entertainment. It's most definitely not of the most pleasant films you'll see this year but it is packed full of towering performances and a strong, emotionally compelling narrative of a subject that's been tackled before but perhaps not with this much skill or inisght.

We covered this film in our Playlist section and felt that the film needed to be a touch more silly to really succeed. In any case, while this film did not set box office tills (or critics' interest) alight, this a a gorgeous looking and great sounding presentation from an AV perspective.

Paint it Black. Sherlock and Mycroft join forces to save Joan in this episode directed by Watson herself, Lucy Liu. Sherlock's perceptions of his brother might just change as secrets are exposed, with some lovely nods to the canon.

Skin. Detective John Kennex doesn't like robots. So when he wakes up from a coma with a bionic leg and gets a 'synthetic' for a partner, he ain't happy.

The budding odd-couple chemistry gets to stretch its wings in tonight's episode, as Kennex and Dorian investigate the seedy side of the robot market.

Episode 2 of series 2 starts with one of the most gruesome, grimmest scenes on Hannibal yet. And then it continues the watch-behind-fingers moment as Gillian Anderson delivers an exquisite performance as Dr Bedelia Du Maurier.

It's brilliant. Show creator Bryan Fuller has been skilled in balancing body-horror with the tense chemistry between his characters, and this episode sets the standard (and tone) for the rest of the series.

Also, pay attention to the sound – composer Brian Reitzell creates a discordant, nightmarish score that reflects Will's inner psyche as he claws through his mind to recover buried memories.

It's the final week of MasterChef, and the final four contestants face their most terrifying challenge tonight: cooking for The Chef's Table. Five Michelin-starred chefs await a four-course menu that's been designed by chef Tom Kerridge (who we reckon might replace Michel Roux Jr at MasterChef: The Professionals) and the tension in the kitchen is high.

In the second challenge, the finalists face an invention test – but one that's based around the chicken. Those chicken dishes will need to be perfect, as there are only three places available in the final.

The Runaways. Mad Men continues its theme of revisiting the past, both as a fond farewell to the show and to show how the characters are adapting and adjusting (or not) as the 60s era ends and a new generation sweeps in.

Don Draper is a man on a mission to gain back the trust of his company, when a visitor from his past surprises him.

Mingling Its Own Nature With It. Our favourite team-up is back, as Felix returns to help Alison deal with death and deception. Art digs deeper into the mysterious Proletheans, while Cosima and Delphine study a dead clone who showed the fatal symptoms of respiratory illness.

An on-the-run Sarah seeks help from an old lover, played by Michiel Huisman – a man who the rest of us know as Game of Thrones's new Daario Naharis.

1.00pm to 2.00pm. After last week's double-bill return to the world of 24 (of which you can read our spoiler-free review), Jack and Chloe's attemps to stop the assassination of the US President on UK soil is hindered by a plot twist. We expect there'll be more of this as the clock counts down.

Our three finalists are sent to Barcelona, where they must learn the art of cooking Spanish tapas out in open in the busy Boqueria market.

Then they're sent to a magnificent patisserie, where they make exploding cakes and flying desserts and extravagantly designed sweets that we already love the sound of. There's a surprise chef guest tonight, too, and the contestants must put all their new skills and techniques together to impress him.

Streets of Fire. OK, so we've tried to convince you that watching a man, dressed in green, who handles an bow and arrow like it's nobody's business is must watch TV.

But we really do urge you to give Arrow a chance. This season has been a fantastic one, a season that helps to erase any blurry memories of The Cape or Heroes as Oliver Queen (that's Green Arrow) and his gaggle of vigilante friends face off against the unhinged Slade Wilson. Chaotic and frenetic.

Nothing Personal. Agent Maria Hill returns as we get ever closer to the finale of Agents of S.H.I.E.L.D.

With S.H.I.E.L.D agents still on the run and suffering the blow of discovering that their former teammate Grant Ward is a Hydra agent, the team look to try and strike back by scuppering Hydra's plans to decode a valuable S.H.I.E.L.D hard drive.

And it looks like we'll be seeing more of the team next season with Agents renewed for a second helping and Agent Carter (starring Hayley Atwell) being picked up for next year. Excelsior.

It's the MasterChef 2014 final, and we're a three-course meal away from finding out who will be crowned the 10th anniversary champion. All three finalists have their strong points, but our money's on Ping.

As the curtain comes down on another dramatic season, both Arsenal and Hull are looking to end 2013/14 with some silverware as they duke it out in the FA Cup Final.

It's been nine years since Arsenal last won a trophy (the 'trophy for fourth place' does not count) and they'll be looking to erase memories of their Birmingham defeat from a few years back. Hull City will be just as eager to get their hands on the old trophy as they look to Wigan's achievement last year for inspiration.

Michael Fassbender and James McAvoy join forces as the new Magneto and Professor X in this prequel reboot of the X-Men series. It's a refreshing take on thow he two iconic comic book characters first met, and the 60s setting gives a fun vibe alongside all the incredible special effects.

French Grand Prix. Live coverage from the Le Mans Bugatti Circuit in France, but is there any stopping young champion Marc Marquez?

Also known as the TV BAFTAs. Graham Norton (yes, him again) hosts the 2014 Awards night that celebrates the best of British TV. Broadchurch, The Fall, Breaking Bad, The IT Crowd and even Gogglebox are amongst the nominees, along with the usual reality TV and chat shows. Do you think Ant and Dec are still going to act surprised when they win yet again?