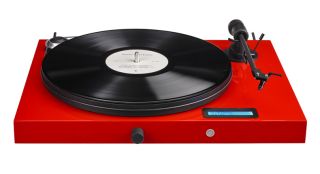 Much has been written about exactly who has driven the vinyl revival in recent years. Is it young, new fans buying vinyl to spin on affordable all-in-one turntable systems? Or is it older enthusiasts who have dusted off their existing collections? And are the people who buy records even playing them?

A new report has shed some more light on the who exactly is buying vinyl, and indeed CDs, Blu-rays and DVDs. The answer? "Superfans". The data, released by the Entertainment Retailers Association, shows the UK vinyl and Blu-ray markets in particular are buoyed by a hardcore of fans spending a healthy amount of cash on discs on a regular basis.

Based on average selling prices, a superfan spending £400 could have bought more than 48 CDs, 32 Blu-rays or nearly 20 vinyl LPs in 12 months. Sound like anyone you know?

2017 was the biggest year for vinyl sales since the early '90s, with albums from Ed Sheeran, David Bowie, Noel Gallagher and Rag'n'Bone Man helping to boost sales. And with high-definition vinyl around the corner, who's to say 2018 won't be another record-breaker...

The best-selling vinyl of 2017