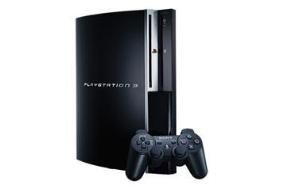 UPDATE: A court order that led to the confiscation of PS3 consoles bound for the UK has been lifted.

An ongoing dispute over Blu-ray patents between LG and Sony saw a hold put on PS3 consoles, with some 300,000 consoles reportedly impounded as a result.

A European court has today overturned that ruling and ordered LG to pay damages.

The BBC reports that it was informed by Sony that the ban had been lifted on Thursday afternoon, though the dispute over patented Blu-ray technology continue, with Sony likely still to have to answer a case in the future.

LG and Sony have been, and continue to be, involved in a number of long-running disputes over mobile and Blu-ray technology – and this looks to be only the latest twist.

Customs officers have been ordered to confiscate shipments of PlayStation 3 consoles heading to the UK after LG won a preliminary injuction against Sony over patent infringement.

The patent battle – the latest in a line of lawsuits between LG and Sony – is said to centre around Sony's use of certain Blu-ray technologies within the PS3, according to reports in the Guardian newspaper.

The ruling by the civil court of justice in the Hague affects the UK and mainland Europe, and will see all new PS3s confiscated for a minimum of 10 days by customs.

Similar lawsuits have dogged the smartphone industry in recent years, with Apple, HTC, Motorola and Nokia all involved with various patent disputes.

Sony, who import around 100,000 PS3 consoles a week, is expected to launch a counter-claim against LG or at least attempt a rapid reversal of the existing injunction.

LG meanwhile could look to extend the block on PS3 imports, with a ban of more than a couple of weeks capable of affecting PS3 stocks on the UK high street.