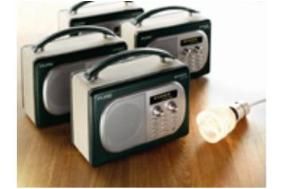 According to the Energy Saving Trust, 'running four Pure Energy Saving Recommended radios will use less electricity than one low energy light bulb on for the same time'.

Pure has received nine Energy Saving Recommended accreditations for its radios including the Evoke-1S and Evoke-2S, the One Mini and One Elite, and the Evoke Mio.

All the Pure radios in this EcoPlus range will feature the blue Energy Saving Recommended logo on their packaging and promotional material.

In real numbers, a Pure radio with the appropriate accreditation will use less than 3.5 watts of electricity when on, compared to 13-18 watts of energy for a energy-saving lightbulb.