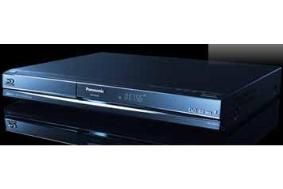 So we decided it was time to tackle Panasonic directly on the matter, and asked for clarification on its plans. The company has confirmed to whathifi.com that it is "in discussion with Freesat on the matter, and we can see good potential for recordable products on this platform".

A spokeswoman for Panasonic says: "Panasonic is actively seeking opportunities to enter the HD recorder category in Europe as early as possible since we have the most advanced technology for high-definition and Blu-ray recording products in the industry.

Public awareness of the HD recorders that we have introduced in other regions such as Australia and France is growing, and it is understandable for the public to be asking questions about when we can introduce such products in the UK."

In Australia, Panasonic recently introduced the DMR-BW500 Blu-ray/hard disk recorder (pictured) with twin HD digital tuners. Here, the speculation is we might get a Freesat HD PVR with hard disk and Blu-ray recorder.

But Panasonic says it is "not yet at the stage where we can confirm actual merchandise or a release schedule." Looks like we'll have to wait a little bit longer then.