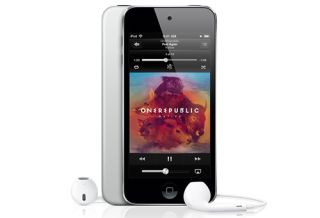 Apple has quietly slipped out a new iPod Touch, bringing the entry-level price for a 5th-generation iPod Touch down to £199.

And there's no waiting around for a release date – the new Touch is on sale on the Apple store right now.

The new iPod Touch has a 16GB memory, comes in a black and silver finish and sports the same chassis as the iPod Touch 5 devices launched last year (so, no, it's not an iPod Touch 6 or 6th-gen Touch). There's no rear camera nor is there support for adding Apple's loop wrist strap, however.

The new iPod Touch, which is present and correct on the Apple site already, still has the 4in Retina screen, A5 chip and Apple EarPods.

This new Touch joins the existing 32GB and 64GB "full fat" models, which come with £249 and £329 price tags respectively.

The 4th-gen iPod Touch models have been removed from the Apple Store however.

This new device comes as Apple announces that it has now sold over 100 million iPod Touches since they went on sale in 2007, making up more than half of all iPods sold. We have to say, we still have a soft spot for the iPod Classic...