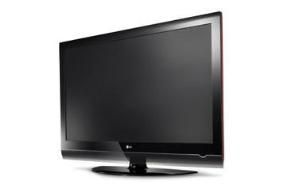 Each model employs LG's Intelligent Sensor technology, which automatically adjusts the TV's brightness according to the ambient light in the room, to produce a clearer picture. And the AV Mode gives users the choice of Cinema, Games and Sports modes, depending on what they're viewing.

There's even an Expert Mode for fine tuning the picture which is certified by the Image Science Foundation (ISF) and offers 25 further adjustments.

Sound is catered for using LG's "invisible speaker system", tuned by audio expert Mr Mark Levinson. Traditional speaker drivers and grilles are replaced with speaker actuators around the perimeter of the entire bezel for a slimmer, sleeker look.

The Scarlet LG7000 series will be available in the UK from September. Prices are still to be confirmed.