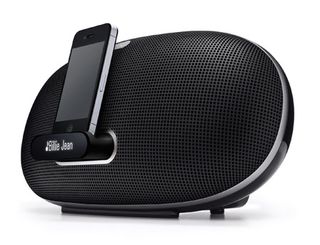 As well as having built-in AirPlay functionality for wireless music streaming from iTunes, they also support Android and Windows devices via a free Denon Cocoon app.

Not only can users stream to multiple Cocoons simultaneously with iTunes, but a similar feature is offered via Microsoft Windows Play To, letting you stream to the Coccon from almost any tablet, PC or laptop.

"Connectivity, ease of set-up, intuitive use and wireless audio streaming are important for potential buyers at the moment," says Richard van der Avoird, product manager for sound systems at Denon.

There's Internet radio on board too, with the option to store three favourite stations on the dock, and support for a wide range of music formats including MP3, WMA, WAV, FLAC and LPCM. Users can access music stored on any PC, Mac or NAS drive connected to their network.

The 'NetLink' feature automatically connects the Cocoon to an iOS users' home network during initial set-up. There's also docking for an iPhone, iPod or iPad.

The latter comes with a built-in rechargeable lithium-ion battery giving up to five hours of playback, and is designed to be dust- and splashproof for outdoor use. Also provided on the Portable is a docking slot for the remote control handset, so it doesn't get lost when you're out and about.

Both models are available this month in the UK.