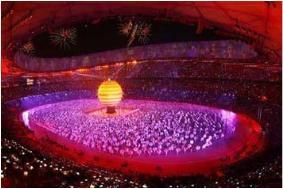 Over 300 hours of coverage will be shown in HD between now and what's likely to be an equally spectacular closing ceremony, as we highlighted here.

- Brought you exclusive reviews, including the new Onkyo CS-525UKD micro system, a Blu-ray-cinema-in-a-box system, the Panasonic SC-BT100, and Sony's KDL-40V4000 LCD bargain
- Shown you Dali's new Lektor speakers
- Had a listen to Boston Acoustics' car system for Chrysler, and Dynaudio's for VW
- And revealed new systems from Sonos and Sony

Meanwhile on the Forums we now have over 16,500 members, more than 68,000 threads and almost 109,000 posts. This week we have been discussing the worst films we've ever seen, TV viewing distances and whether you ask the family when buying hi-fi or home cinema equipment.