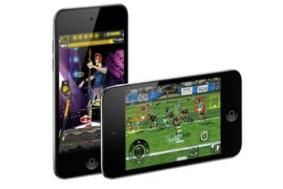 In turn, 41 million people use the Nintendo DS and DSi to play games and some 18 million Americans use Sony's PSP.

The data, from Newzoo, shows the percentage of players paying for games is higher on the Nintendo, at around 67%, compared to 45% on the iPhone/iPod Touch and 32% on the iPad.