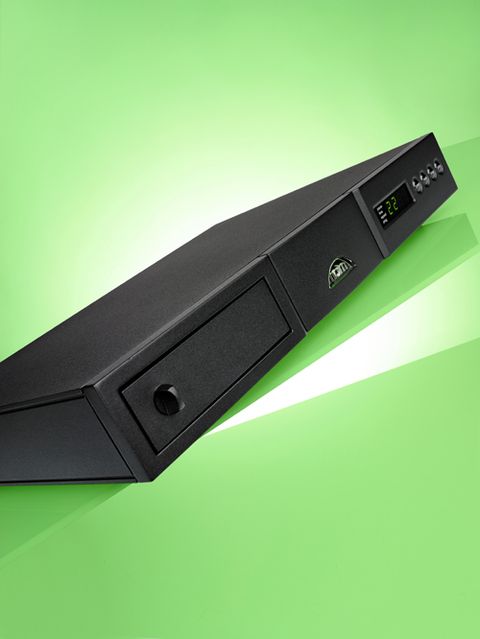 Product of the Year, Awards 2013. Features may be minimal but the CD5si is as musical as they come at this price

Naim may be racking up brownie points with its ever-building range of outstanding music streamers, but it hasn’t forgotten about the modest CD player.

Which is just as well considering its range of players is really good.

The CD5si, though, is a particularly exceptional example of Naim combining a superb sound with great value for money – its Product of the Year 2013 status can vouch for that.

An enhanced version of the CD5i, the 5si is cased in the company’s standard black finish and simple design.

Most of the Naim trademarks we know and love are present, but the ‘s’ brings upgraded digital-to-analogue circuitry, improved analogue filtering, a more stable clock, and a longer-lasting transport mechanism to its admired manual swing-drawer arrangement.

It’s like tacking an ‘S’ tile onto a high-scoring word in Scrabble to get a slightly higher score, and we admire Naim for continuing to seek improvements on what is already a class product.

What we are less taken with though, are the features on this player because, quite simply, there aren’t any.

The absence of digital outputs is fairly typical of Naim, but no trace of an upgrade path seems out of character.

For the competition and (usually) for Naim, upgrades are the norm.

Nevertheless, this is one of the best players we’ve heard under the £1000 mark and has been a favourite of ours since it took the crown from long-reigning champ the Audiolab 8200CD last year.

The CD5si bends over backwards to deliver an exuberant and enjoyable performance, and it was its unmatched enthusiasm and concrete drive that we took to instantly.

The What Hi-Fi? Sound and Vision team listened to this player for hours, and we still enjoyed sitting back to a wholehearted rendition of Red Hot Chilli Peppers’ By The Way.

In terms of musicality and cohesion, it’s spot on.

Naim has batted away potential rivals on many occasions – and with relative ease. To see if it could still do so, we lestened to The Steward of Gondor from The Lord of the Rings: The Return of the King soundtrack.

As always, the Naim delivered a hearty performance. Detailed and confident with dynamics, it embraced the quieter parts of the piece gracefully before climbing up to the crescendo with explosive drama and intensity.

If anything expresses the scale of this track’s grand magnitude, it’s the CD5si.

It might not deal with the finer threads of detail or manage quite the clarity of rivals such as the Cyrus CDi, but the Naim is a highly capable performer with an authoritative grasp of rhythms and enough punch and power to really transform your music collection.

Its rich tonal balance promises a solid, full-bodied performance for almost anything you play through it.

So, if you value animation and energy over absolute insight and detail, this is the piece of kit for you.

As its Award-winning status suggests, the CD5si isn’t easily ruffled by rivals – and rightfully so.

It’s a truly terrific player with a winningly enthusiastic approach to music.

Unless rigorous authenticity and attention to detail are high on your list of must-haves, make sure you give this Naim an audition.