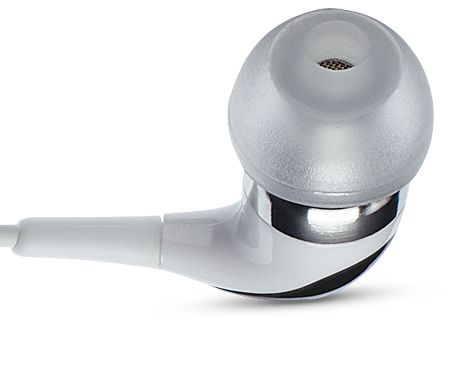 The Tiger Eyes are an attractive in-ear, equipped with an iPhone-friendly three-button mic for answering calls and controlling playback.

While the NOCS NS400s are attacking and determined, these Jaybirds are the polar opposite. They're so laid back they're in danger of dropping you into a gentle snooze.

The upbeat, skippy, speedy tempo of Razorlight's Up all Night is diluted to a slow-paced, meandering stumble.

There's a lack of drive and intent, despite there being a decent smattering of detail. As the track builds up into a memorable crazed frenzy of guitars, vocals and drum kicks, the Jaybirds turn it into quite a damp, disinterested listen.

It's frustrating as the Tiger Eyes manage to produce solid enough bass and decent treble, but they simply rob too much enjoyment from the music.