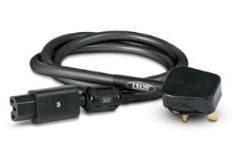 There's an improvement over a standard cable, but the difference in clarity and details aren't as obvious as similarly priced rivals

The Ixos XHP425 brings an improvement over a freebie mains cable, but the overall level of performance is only average by the standards set by the likes of the Clearer Audio Copper-line Alpha.

Music sounds relatively detailed and the cable creates a good spatial sound, but it lacks drive and impact. Other leads here bring a greater sense of excitement and vibrancy.

The Ixos produces a better image than a standard cable but the differences in clarity and detail aren't as glaringly obvious as with similarly priced rivals.