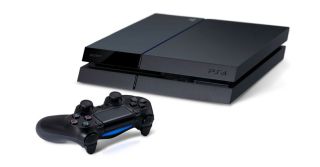 In its results for the period between April 1st and June 30th, Sony said it had sold 3.5 million PlayStation 3 and PlayStation 4 units; last November's launch of the PS4 delivering a healthy boost for Sony's Game and Network Services division.

Sony also saw a "significant increase in network services revenue accompanying the launch of the PS4", with "strong performance" of the next-generation console helping to drive its sales and operating income past expectations laid out in May.

Microsoft, however, posted sales of just 1.1 million for the Xbox platform in the same three-month period, although revenues for that part of the business were up 14 per cent. And that's not to say that all's lost for the Xbox looking forward.

The corporation has now made it possible to purchase an Xbox One without the Kinect motion sensor; a move that brings the console into line with the price of the PS4. A number of entertainment apps are also now available outside the Xbox Live Gold paywall too.

More recently, both Sony and Microsoft launched Now TV and 3D Blu-ray support on the flagship games consoles near enough at the same time as each other. Current sales figures may suggest otherwise, but this seems like a battle that's far from over.