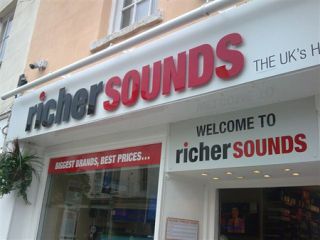 Richer Sounds is the latest electronics retailer to be hit by the economic downturn, posting its fifth consecutive drop in profits for the year to April 2011.

Founder and owner Julian Richer has again passed on paying himself a dividend.

Richer Sounds is not the only consumer electronics chain feeling the pinch. Carphone Warehouse is expected to pull the plug on its 11 joint-venture UK Best Buy stores when it releases its half year results this week.

Best Buy has racked up losses of £83m, and is expected to announce a further half-year loss of £35m, according to The Daily Telegraph.

A spokesman for Best Buy Europe told The Telegraph: "We always said we would open 11 stores and then conduct a strategy review. We are now conducting our evaluation with our partners and will provide an update in due course.”

Best Buy has been considering scaling back its operations in the UK for some time, as we reported back in June.