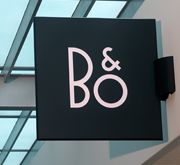 Up to 125 underperforming Bang & Olufsen shops in Europe face closure as the company comes to terms with declining profits.

The Danish manufacturer, which saw a net profit of just £1.7m in September-November last year, will instead concentrate its efforts on the development of emerging markets such as Brazil and China, including taking back direct control of its distribution in those countries.

What B&O calls its second quarter – its financial year runs from June to May – saw growth of 5.5% year on year. However, this was driven mainly by its automotive division – which works with Aston Martin, Audi, BMW and AMG – and the new B&O Play products, while sales of its more traditional line-up declined.

Revenue was up 12% in Europe, but only 2% in North America, while sales in the rest of the world were down 22% due to the later introduction of new products such as the B&O play range.

As a result, the company is planning to close 125 of its 630+ shops, mainly in Europe. and open more of its own stores in key locations in growth markets in the BRIC countries (Brazil, Russia, India and China).

B&O says that 'the number of store closings is initially expected to exceed the number of store openings', and warns that the policy will put a DKK100m (£11m) dent in its 2012/13 revenue, while acquiring the operations of its existing 'master dealerships' in Brazil and mid-China, thus giving it complete control over its sales in those regions.

This is all part of what the company calls its 'Leaner, Faster, Stronger' strategy, which involves a complete restructuring of operations to make them more efficient.