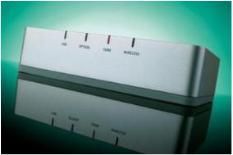 Best DAC £200-£400, Awards 2011. Arcam has been here before, but never with such mainstream appeal and never at such an aggressive price

The ever-increasing prevalence of music stored on computer hard-drives has brought the dedicated DAC (digital-to-analogue converter) out from the shadowy margins of hi-fi tweakery and blinking into the sunshine of the mainstream.

While some of the most effective designs we've recently heard have been from less-than household names, here it's the turn of established British brand, Arcam to debut an affordable DAC.

Small but well connected
The rDAC's a compact (just 4 x 16 x 11cm), cast aluminium device – it's finished nicely enough to warrant shelf space, but is small enough to be hidden away if necessary.

At the back, there's one digital optical input, one gold-plated digital coaxial input, one type-B USB input, a power switch and a pair of gold-plated, unbalanced stereo RCA outputs.

On top sits a single input-selection button, and input indicators that bend over the lip of the box like Jaguar tail-lights.

As you'd imagine, it's a lot more complicated on the inside. Arcam clearly imagines the rDAC's USB input will be its most popular (it's also readying a wireless USB dongle option) and to that end has lavished particular attention on the elimination of the jitter, and consequent inaccuracies, that can dog PC-based music.

Elsewhere, Wolfson's WM8741 forms the core of the conversion circuitry. It proves an harmonious blend – the Arcam's a lithe and persuasive performer via any input.

Converting Wilco's You and I, received via its digital optical input, the rDAC delivers a spacious, controlled and big-boned sound.

Stereo imaging and focus is impressive, and integration of the frequency range from the (substantial, disciplined) low end through the (intimate, detailed) midrange to the (solid, gleaming) treble is smoothly done.

Timing is assured; it handles the most martial tempos with ease, and snaps through transients with alacrity.

Switching to our MacBook's music delivered via the USB input results in more of the same. From a 256kbps file of John Martyn's You Can Discover to a WAV copy of Freakniks' rambunctious Tell Me Why, the rDAC sings with a composed, refined and full-bodied voice.

Low frequencies, while controlled, are absolutely as chunky and imposing as they want to be, but that gentle caveat aside the Arcam's air of unquestionable authority shines through.

The market's not short of little DACs ready to bring your digital music collection to life.

The rDAC, though, is one of the very best around: built sturdily, specified generously and, crucially, sounding every penny of the asking price.