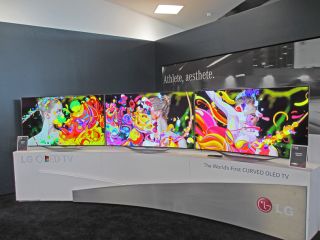 LG has given us a look at its latest TVs for 2015. We saw a few of them at CES in January, even if we never really expected the 105in curved 5K monster that dominated the show floor to make it on sale in the UK.

We’re finally seeing 4K gather momentum, so it’s not surprising that 60 per cent of the line-up will be ultra high definition (UHD), with a resolution of 3840 x 2160.

But it’s not just about resolution: LG goes into this year’s TV battle with a few secret weapons, most of which you’ll find on the upper end of the range.

First up is ‘ColorPrime’, which is what the company calls its models with enhanced colours. ColorPrime comprises quantum dot and wide colour gamut technologies, which aim to improve the accuracy of colours, rather than outright punch.

There is also WebOS 2.0, a super-slick user interface. LG introduced WebOS in its last generation of smart TVs, and we were very impressed. This year, the interface has been streamlined, sped-up, and made more intuitive.

The new Magic Remote still uses gyroscopic sensors to control an on-screen cursor, but now it sports physical number keys. It’s a step away from the oversimplified devices that had frustratingly few buttons.

When it comes to sound, LG acknowledges that thin TVs tend to sound poor. To this end, the company has teamed up with Harman Kardon on part of the range.

Those are your newest and shiniest features. Without further ado, here are LG's UK TVs for 2015.

We’re expecting more information on LG's OLED TVs soon, but for now we know about the gorgeous EC970V (65in), which is set to have a UK price of £6500. This is the first confirmed 4K OLED screen that we’ve seen, and it has us very excited.

There’s also last year’s curved OLED, the 55EC930V, which we awarded five stars. It will continue to be sold throughout 2015.

The next tier down comes in the form of some crazy 4K TVs. These are big TVs.

The UF950V is the flagship UHD range when it comes to more mainstream sizes.

It comes in 55in (£2600) and 65in models, and features LG’s ‘Auditorium’ stand, which is designed to help audio performance.

Sound from the TV fires downwards, and is reflected towards the listening position.

Next is the UF770V 4K TV range, which has the widest selection of sizes in the LG line-up.

At the bottom of the 4K range is the UF675V (65in version pictured above).

This model ditches all the smart features to knock the price right down (the 49in version will cost around £900).

But what about good old Full HD 1080p? That still accounts for 80 per cent of the TV market, of course. LG has the following to offer:

That’s all the concrete information we have on LG’s 2015 TVs for now.

The company has hinted at more to come around May, and we’ll update this page as soon as we learn anything else. Stay tuned and look out for our first 2015 TV reviews, coming soon...

See all our LG TV reviews