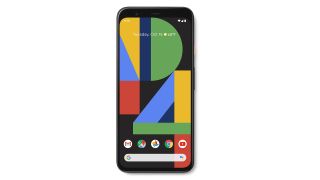 Google has been peddling its own-brand Pixel smartphones since 2016, so it knows a thing or two about creating top-notch Android smartphones. Its latest flagship, the hotly-anticipated Google Pixel 5, is due to launch in 2020 and is said to feature a 'radical design'. Curious to know more about Google's next-gen iPhone rival? Here's everything we know about the Google Pixel 5, from its price to the features it will offer.

First things first, Google hasn't officially announced the Pixel 5 yet, but the rumours, leaks and gossip surrounding its existence speak volumes. What we do know is that a new phone will succeed last year's Google Pixel 4, the company's best smartphone yet, which picked up a healthy four stars in our review.

We also know that the Google Pixel series has made a name for itself in the world of mobile photography by packing in the most cutting-edge camera tech. The Pixel 5 should be no exception, but how will the state-of-the-art super-snapper fare against rival devices made by Apple and Samsung?

With official details scarce, we've pieced together all the most reliable leaks, rumours and news to build up a credible picture of the Google Pixel 5 and its capabilities, including speculation around the price, release date, performance and more...

Google has been predictable when it comes to unveiling its Pixel smartphones. The Pixel 1, 2, 3 and 4 were all unveiled in the month of October. The most recent, the Pixel 4 debuted on 15th October 2019 and shipped nine days later.

But of course, the coronavirus is far from predictable and has already thrown the tech industry into disarray, leading Apple to delay the iPhone 12 and Amazon to postpone its Amazon Prime Day sale.

To add to the confusion, Google's Pixel 4a smartphone – a budget variant of the Pixel 4 – has also been delayed. Rumours suggest that the delayed Pixel 4a might not be released until October, which could force Google to push back the launch of the Pixel 5 (or possibly launch it alongside the Pixel 5).

On 29th June 2020, respected tech analyst @JonProsser tweeted that a Pixel 4a announcement was "still due July 13" but that sales might not begin until August. He also noted: "Pixel 5 likely pushed back, also".

So when will the Pixel 5 launch? Google won't want to miss the Holiday sales, so the jury's out. We'll update you as soon as we hear more.

According to a Reddit user, Google surveyed US consumers to gauge their reaction to smartphone prices – including a device said to be the Pixel 5. The survey suggested that the Pixel 5 would start at $699 – a whopping $300 less than a Samsung Galaxy S20.

If the latest rumour is true, it could see Google undercut other mid-range Android phone manufacturers such as OnePlus and Huawei. However, it's probably best to take the rumours with a pinch of salt at this stage.

Back in May, a leak published by The Information suggested that Google was 'disappointed' with the Pixel 4, and that a number of key Pixel staff had quit as a result.

Could the PIxel 5 be something of a reboot for the Pixel brand? And if so, will the Pixel 5 sport a radical new design to make that point?

Previous Pixel phones haven't made much of a splash when it comes to design – 'conservative' is the word that springs to mind – but recent leaks suggest that Google is ready to up its game for the Pixel 5.

In February 2020, Jon Prosser of FrontPageTech tweeted a picture of a claimed "Pixel 5 Prototype Render". It appears to show a distinctive new aesthetic, complete with a trio of rear cameras arranged to mimic a rather cute 'smiley face'.

The idea behind the design of the camera module could be to ensure that the Pixel 5 is instantly recognisable anywhere in the world – the equivalent of a chef's signature dish.

According to Prosser, the sensor at the bottom is a wide-angle lens. If true, the Pixel 5 would be the first Pixel phone with this feature. Given that both the Samsung Galaxy S10 and S20 flaunt an ultra-wide-angle lens, it's likely Google will want its camera to be suitably specced.

More recently, a 1st July leak posted on Slashleaks by a user named Udagawa Ako claimed to show a Pixel 5 case. It appeared to reveal the return of two major features: a rear fingerprint sensor (the Pixel 4 relied solely on 3D Face Unlock) and a headphone jack.

It suggests that Google is willing to turn back the clock in order to broaden the Pixel's global appeal. Given the Pixel 3 sold better than the Pixel 4, could this be true?

There haven't been many leaks concerning the Google Pixel 5's screen, but it's worth bearing in mind that the Pixel 4 has a 5.7in display, while the Pixel 4 XL has a 6.3in one.

It's a good bet that Google will release a Pixel 5 and a larger Pixel 5 XL, as it has done with every other Pixel device.

And since both Pixel 4 devices boast OLED displays with 90Hz refresh rates and HDR support, we'd expect the same – or better – from the Pixel 5 and Pixel 5 XL.

Ideally, we'd like to see Google step up the display to a 120Hz refresh rate to match Samsung's Galaxy S20 and forthcoming Galaxy Note 20. However, an anonymous poster at Slashleaks claims that the Pixel 5 will stick with 90Hz.

Either way, we'll update this page with all the juicy screen specs as and when they drop.

Qualcomm is one of the biggest chip-makers in the world, and its blazingly-fast Snapdragon 865 processor powers a slew of flagship phones including the Samsung Galaxy S20.

But while past Pixel devices debuted with Qualcomm's top-of-the-range chips, it seems that the Pixel 5 may not. According to a report by 9to5Google, the camera app code for the forthcoming Pixel 4a suggests that the Pixel 5 will ship with the Snapdragon 765G, rather than the faster 865 chip.

But then, less processing power would explain the Pixel 5's rumoured lower price point – and potentially widen its appeal. Besides, the 765G is no slouch and has been optimised for both gaming and video.

What's more, the 'G' in 765G denotes 5G compatibility, which would mean that the Pixel 5 could turn out to be one of the most affordable 5G flagships on the market.

There's also talk of the Pixel getting the slighter punchier 768G processor but, either way, the Pixel looks unlikely to challenge the Apple iPhone 12 or Samsung Galaxy Note 20 in the speed stakes.

There's another silver lining, though: less processing power means better battery life. And if the Google Pixel 4 had an Achilles heel, it was its lacklustre battery performance – something Google will be keen to fix this time around.

For reference, the Pixel 4 has a 2800mAh battery, while the Pixel 4 XL has a 3700mAh battery. With a new case design and less demanding chip, Google could step that up considerably.

Going by the leaks and rumours, the Pixel 5 won't be ultra-fast, but it's likely to be an affordable 5G phone capable of trumping mid-range rivals.

The Pixel 4 has a built-in radar sensor that allows you to control audio playback by gesturing with your hands. It's a nifty way to swipe through tracks when you're busy cooking dinner.

However, it sounds as though Google might kill off some of these gesture controls, which are powered by a Soli radar chip.

Sources speaking to AlphabetScoop have suggested that slow sales of Pixel phones have forced Google to scale back some of the Pixel 5's cutting-edge features – including Motion Sense. On the upside, the removal of the Soli radar chip would boost the Pixel 5's battery even further.

One thing that isn't on the chopping block is Android 11, which is currently in beta. Google's latest operating system will bring improved messaging, a host of 5G-centric features, plus new ways to control music and Google's smart home gadgets, including Google Assistant speakers.

So, there you have it. That's the story of the Google Pixel 5 so far. We'll bring you more news and leaks about the Pixel5 price, launch date, and specs as and when we have them.

Best smartphones for movies and music