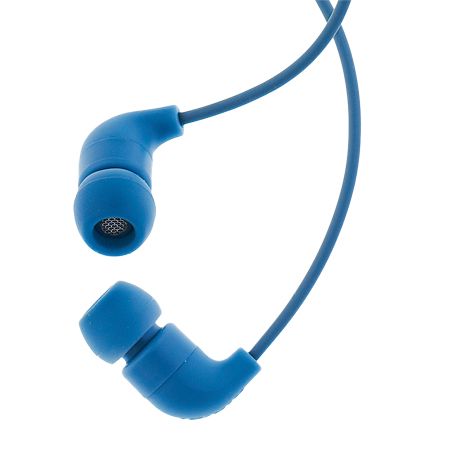 These Danish earbuds have been styled by one of the country’s most notable design groups, KiBiSi – and we’ve certainly no complaints about their looks.

If the blue-and-green design shown here isn’t for you, there are four other options, ranging from plain black to vivid red-and-yellow.

On the right-hand cable is a three-button remote control. Its understated looks are nice, but we question its ease of use: button pushes don’t register as positively as we’d like, and led to some quite sudden (and surprising) volume changes.

The Pipes come with a variety of silicone tips, so it’s relatively easy to find a decent fit for your ears. So far so good, then.

AiAiAi Pipe: Sound quality
Get some music on – we started off with Sia’s close-miked Breathe Me – and there’s definite detail on offer. Her inflections, emotions and even lip movements are all reproduced with decent feel, and there’s a sweetness here that doesn’t veer into harshness as the energy level goes up.

Likewise, the stereo field is well marshalled, and it’s relatively easy to place instruments within it. Switch to something a little less morose (Aerosmith’s Eat The Rich, say) and the Pipes step up a gear in all respects.

That midrange is bouncy and articulate, while the treble is reasonably communicative. But sadly, all of that promise is shoved aside, trampled on and then has its lunch money stolen by overwhelmingly boomy, slow, inarticulate and lingering bass.

Without that thick low-frequency fug they’re a little reminiscent of our current SoundMagic E10 Award-winners, but with it, the Pipes go down the two-star drain. What a shame.