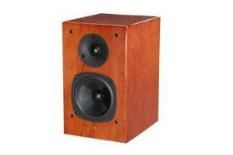 Massively impressive performers in so many areas, but they don’t quite have the sparkle to set our world alight

It's been eight years since we first laid eyes on Quad's 11L.

That first generation was terrific, blitzing all-comers for a few years. We were less taken with the second-generation model, which improved on the original in some areas while losing balance in others.

The Classic is new and improved, and is a determined attempt to recapture the magic of the original.

Superb build, even handed tone
It gets off to a great start. Build quality is excellent: the speakers have a hewn-from-solid feel few rivals can match.

The finish is great, too – the standard version costs £330; add another £50 if you want the rather lush lacquered veneer.

These are wonderfully even-handed speakers with a convincing tonal presentation. It may be small at just 31cm high but it sounds far more authoritative than you expect with large –scale recording such as Bruckner's Symphony No.7.

The Classic's powers of resolution are impressive as is its stable and precise stereo imaging.

Too considered, lack sparkle
So, a winner, then? Not quite. Despite the long list of plus points these aren't speakers we warmed to.

They sound almost too considered in their approach and lose a fair bit of excitement and involvement on the process.

They're speakers to analyse recordings rather than enjoy the music, and that's why they fail to get an unreserved recommendation. Classic? Almost, but not quite.