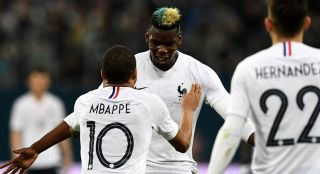 While tens of thousands of European households are enjoying the 2018 World Cup in 4K Ultra HD (despite its mixed reviews), across the Atlantic the tournament is being broadcast in 8K.

Satellite operator Intelsat has partnered with Latin American broadcaster Globo to treat Brazil to 8K video transmissions (7680 x 4320 resolution) of World Cup games - or, more specifically, treat viewers in Rio de Janeiro’s Museu de Amanhã (Museum of Tomorrow). The showcase is part of an exhibition at the science museum, running until the World Cup Final on the 15th July.

MORE: The complete What Hi-Fi? guide to the 2018 World Cup

It’s safe to say it’s taking some complex logistics to get it there. The 8K signal is being transmitted as a 200Mbps stream at the International Broadcast Center in Moscow and transported to Tokyo, where it’s then carried to Intelsat via the Intelsat point of presence in New York. The signal is then transmitted on the IntelsatOne terrestrial network to Intelsat’s teleport in Atlanta, Georgia, where it’s re-encoded at 90Mbps using a NTT 8K HEVC real-time encoder, and compressed. Having been modulated by a Newtec MDM6100 Broadcast Satellite Modem in DVB-S2, it’s then uplinked to Intelsat 14 – the company’s latest HD video distribution platform.

“While 8K technology is still evolving and further advancements in compression technology standards are needed, Intelsat’s premier video neighborhoods have proven that they are equipped to distribute 8K content to millions of viewers around the world,” said Rob Cerbone, Intelsat’s vice president and general manager, Media.

It’s the first time we’ve heard of 8K demonstrations outside Asia. In 2015, the Japanese Broadcasting Corporation, NHK, ran a series of 8K trials, and in 2016 the company announced it was successfully demoing 8K broadcasts, with plans to launch the world's first 8K television channel on 1st December 2018.

Inevitably, with live 4K transmissions still their infancy, it's going to be some time before the 8K era arrives - and, in a time where the 4K infrastructure is complex enough, we can't say we're disappointed about that.