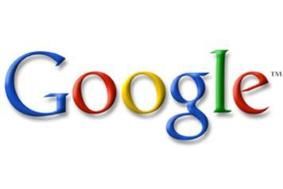 Announced at the company's annual conference in San Francisco yesterday, Google TV is "a new platform that will change the future of television", according to project leader Rishi Chandri.

The idea is that Google TV will seamlessly mix web and TV content, with websites such as YouTube and apps such as Twitter as instantly accessible as standard TV channels. In essence, the service is designed to act as a giant video-on-demand library on your telly.

It's built around an onscreen search box, similar to Google's web offering, that allows for viewers to search for content on live channels or the internet.

The plan is to develop TV sets, Blu-ray players and set-top boxes with Google TV built in. They'll have wi-fi and Ethernet connections as standard, and can connect to satellite and cable boxes via HDMI.

Android mobile phones will also connect to Google TV devices via wi-fi. Google TV is built on the Android 2.1 platform and the browser is Google Chrome, which suppports Flash video.

Sony has confirmed it will make a full range of TVs and Blu-ray players with Google TV built in, on sale in the US this autumn (prices tbc), and Best Buy will sell a selection of Google TV products.

Logitech says it will offer the first Google TV set-top box this autumn in the US, complete with keyboard controller and remote control.

"Unlike past incarnations of web TV, Google TV combines the entire web and all TV content in one place with one interface," says Logitech.

You can find out more about Google TV on YouTube.