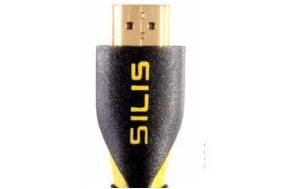 The Discovery 3D is a high-speed HDMI cable with ethernet (formerly known as v1.4 specification, and still known as that according to Silis contrary to the recent ruling).

Double-screend and with 24k gold-plated plugs, the Discovery 3D HDMI cable from Silis is due on sale in the new year. Price TBA.