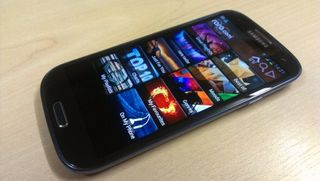 The service, which offers 18 million tracks to stream and works in a similar way to the likes of Rdio and Spotify, now has dedicated apps for iPhone/iPod Touch, iPad and Windows 8 devices.

The Android app and the web version of the service have also been redesigned and updated.

Rara.com has also expanded in to new territories, adding 7 new countries and bringing the service to 27 countries in total.

Rara.com aims to be a simpler to use service than rivals, with an emphasis on specially selected playlists and recommended content rather than search.

The service uses a paid-for model to ensure there are no ads interrupting your listening, though this also means there isn't a free subscription model.

There is a three-month introductory offer however for either of the two tarriffs, essentially with and without mobile access.

As well as a new Windows 8 app, rara.com has signed a deal with the world's second largest PC manufacturer, Lenovo.

This deal will see the rara.com music streaming service pre-loaded on Lenovo and Medion branded Windows 8 and Android devices, from PCs to tablets.

Rara.com has also expanded its music library, offering some 18 million tracks, similar in number to Rdio and Spotify, having signed new deals with key independent distributors such as The Orchard and VidZone Digital Media.

Rara.com uses the Dolby Pulse/HE-AAC codec, though wouldn't confirm the bitrate of files used, instead pointing to the more efficient codec. The proof will be in the listening...

The new look rara.com website is live now, while the apps are available from the iTunes, Google Play and Windows stores.