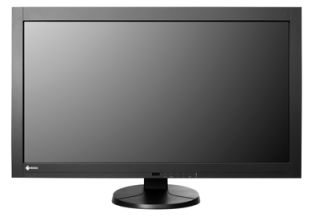 With the first receivers arriving with 4K2K upscaling, we're already getting questions about whether now's the time to buy a TV, or if it's worth holding off until 4K2K screens, able to deliver 4096x2160-pixel resolution, hit the shops. No, really…

Well, to put minds at rest, just launched in Japan is this (almost) 37in 4K2K monitor from Eizo.

The Duravision FDH3601-BK is actually a 36.4in screen, complete with two DVI-D inputs and twin DisplayPort ins.

It's an LED-lit LCD display, designed for a wide viewing angle, and is fitted with an EcoView Sense system using an infrared system to detect whether anyone is actually watching the screen – if there's no-one there, the monitor goes into standby mode.

Oh, and it carries a two-year warranty for use 24 hours a day, seven days a week, which should start to give you an idea how it's thought the screen will be used.

Yes, it's designed for applications such as air traffic control and disaster monitoring, in which case the price-tag may not come as too much of a shock.

But at Y2.88m – or a bit over £22,000 – when it goes on sale in September, it looks like it may be a while before screens such as this find their way into our front rooms.