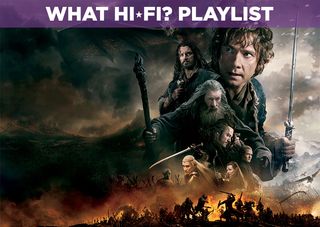 The journey of a thousand minutes – 1223 if you count the extended editions – has come to an end. A bitter end.

The entire Hobbit trilogy has been a bloated mess until now, but part three marks its lowest point. That’s because it’s essentially a load of fights and references. This is what happens when you pad out a concise children’s book with footnotes and appendices.

A lot happens in The Battle of the Five Armies. There is a dragon fight. There is a wizard fight. Dwarves have a turf war with elves, humans, orcs, bats and Orlando Bloom.

It’s not epic or magical. It’s convoluted and longwinded. Numbness is inevitable after seeing the hundredth bloodless casualty, and all those shots of New Zealand’s mountainous landscape don’t do much to stave off boredom.

It really doesn’t help that the pacing is all over the place. Most situations are resolved abruptly, with little sense of threat.

The opening segment is entirely at odds with what follows, and really should have been attached to the end of the last film. And then there are the multiple endings, where everyone either says goodbyes or makes references to The Lord Of The Rings trilogy.

At its worst, one of the elves even tells Orlando Bloom to go hang out with Viggo Mortensen (from The Fellowship Of The Ring). If there is a saving grace, it’s this: like the rest of the saga before it, The Battle Of The Five Armies is an audiovisual treat.

It must have taken an inordinate amount of time and technical effort to make a film look and sound this good. You need look no further than the opening segment, where a very angry dragon trashes a village.

Fire and gold serve up some lovely colours, which contrast nicely with the dull greys of armour and roof tiles. Boats crash, wood splinters, and arrows land with satisfying thunks. There are few better uses for surround sound.

But technical achievements aside, this was not an adventure. This was a delayed and sloppily executed conclusion to something that should not have been divided into three films in the first place.

No, it was not worth the wait.

But The Hobbit: The Battle of the Five Armies on Blu-ray at Amazon