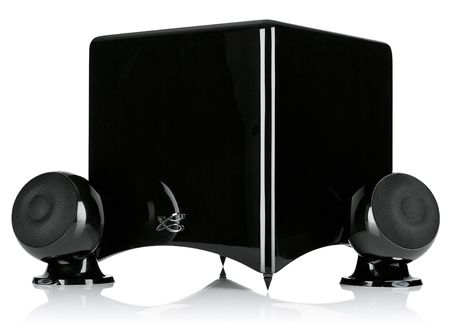 Not a bad effort, but its price and slightly unfocused sound let it down a bit

We’re always happy to test something that promises to put a bit of meat on the bones of a TV’s sound, especially when it looks as stylish as this Cabasse CinéOle system.

It’s a basic 2.1 subwoofer/satellite set-up, so don’t expect effects to swirl around the back of your head, but within the confines of that configuration it does a decent job.

Cabasse CinéOle: Surround sound
Straight in with Mission: Impossible – Ghost Protocol, we were quite impressed by how well integrated the sound is between the grapefruit-sized satellite speakers and the sub (we preferred the digital optical input to the analogue).

It’s a reasonably detailed presentation too, with voices sounding clear and
full, and ambient effects not getting swamped by the up-front action.

The inevitable explosions are good and solid, although the presentation has a wooliness that robs the sound of a bit of bite. The Cabasses also harden up a bit more than we’d like at higher volume levels.

Cabasse CinéOle: Music
Switch to some music and the sub gets a little boisterous. There’s a level control on its rear panel, but we’d like to see a button on the (somewhat plasticky) remote to do this – or a couple of preset modes for switching between movies and music.

So, sub dialled in and bums back on sofas, we started the audio-only portion of our test with the rocktastic Amsterdam from Van Halen’s Balance.

Again there’s a more than respectable amount of heft for this system’s size – and there’s still a decent amount of detail on offer, but there’s a lack of cohesion between the subwoofer and satellite speakers which takes away some rhythmic precision.

Boards of Canada’s Roygbiv confirms our findings, even if the CinéOles ultimately prove to be an inoffensive listen.

Cabasse CinéOle: VerdictAt this price we require more finesse to treble and speed to bass – or a couple of hundred quid off the price – to gain a wholehearted recommendation.