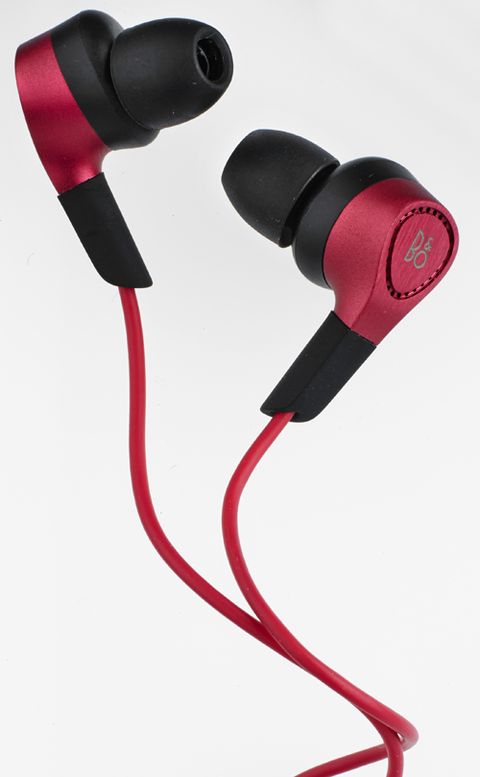 These premium earphones can’t fail to entertain, but they lack the final polish of a five-star pair

Bang & Olufsen aren’t known for producing products that you might call ‘affordable’, but the B&O Play H3 earphones certainly come close. Made from machined aluminium and weighing just 12.8g, the H3s still look like a truly classy proposition.

And that £200 price-tag on the B&O H3 headphones doesn’t seem like such a stretch when you look closer and see the fine details, such as the milled recess and 23 drilled holes that B&O says tune the enclosures to deliver a more open sound. A three-button remote-and-mic unit on the cord completes the picture.

We decide not to beat around the bush with our opening test-track – so it’s on with the show with ZZ Top’s Consumption. This track has no shortage of low-frequency thud, and the H3s handle it pretty well. It’s an open, full-bodied sound – and well-balanced with it, even as the volume increases.

There’s plenty of space between instruments, too, which helps the B&Os retain composure during more complex passages (not that you’d describe ZZ Top as ‘complex’, but still).

And, importantly, the high frequencies don’t get hard either – a trap many earphones fall into all too easily. Cymbals crash and shimmer pleasingly, while the hi-hats sizzle away; it all sounds as metallic and realistic as you could hope for.

The H3s also have a nice way with close-up vocals, as Sia’s Breathe Me demonstrates. It’s an emotional track, this, and could easily be flattened if not handled with a light touch. As it is, though, the anguished vocal is left intact, and sits nicely with the rest of the mix.

Time to lighten the mood a little, so it’s off with Sia and on with the bizarre dubstep reworking of Arkady Ostrovsky’s I am very glad, because I’m finally going home, also known as the ‘Trololololol song’, courtesy of Doctor Werewolf.

If you want to test the bass robustness, this is a great track to turn to. And it’s here that a chink in the H3s’ armour appears.

While we really like their warm, easygoing sound, we can’t help but wish for a little more precision in their low-frequency performance. It’s speedy up to a point, but that final iota of tautness isn’t there, and that slows things down a little.

Of course, that’s the compromise you have to make between analysis and relaxation, but we’d still like a bit more of the former here. Shure’s SE425s, for example, get the balance exactly right.

It’s also evident in classical music. The London Philharmonic Orchestra’s rendition of Elgar’s Nimrod shows good restraint in the opening section and builds to an appropriately bombastic climax, but again a tighter control of the bass would give it all a little more impact and drama. The H3s definitely deal with poppy, start-stop material better.

We’re happy enough with these earphones, then. They do what they do very well – deliver a detailed, rounded and extremely easy-to-listen-to performance. But the flip-side to that is a somewhat louche quality that takes the final sheen off their sound.

Tighter bass and a more attacking, dynamic sound would have given them that final star – but as it is, you could do a hell of a lot worse for your £200.