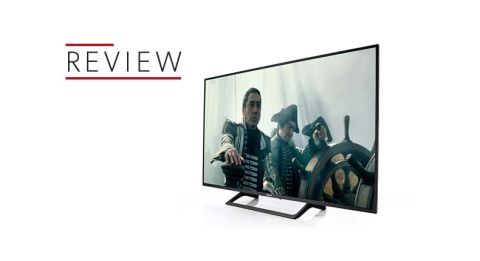 A solid Sony but lacks the dynamism to do HDR justice.

Just a few years ago, 4K HDR television was a product that belonged to the future.

Now, more and more reasonably priced TVs are getting the same feature list as the blow-your-bank-account sets – and although you shouldn’t expect the same performance, it does mean the middle-of-the-road is getting higher quality.

With that in mind, enter Sony’s latest KD-55XE8596. At just over the £1000 price mark, this TV gives you a natural, enjoyable picture… but it falls short of the heart-pumping excitement that its spec-list suggests.

Dolby Vision (HDR with dynamic metadata) is missing, but very few TVs (really only LG’s 2017 OLEDs) boast that out of the box, let alone TVs at this Sony’s end of the affordability spectrum.

In short, all of the specs are here so that, provided you’ve paid for the respective subscription service or 4K discs, you’ll be able to watch content at pretty much the pinnacle of what’s currently available.

Largely, that involves Amazon Video and Netflix, the latter of which gets a dedicated button on the Sony remote (as does Google Play), but there are plenty of other on-demand services, including catch-up content from the BBC, ITV, Channel 4, Demand 5.

The XE8596 has YouView functionality so you can scroll back through seven days of broadcast content. While it’s not the smoothest service, and takes some time to load titles when scrolling back quickly, it’s preferable to the standard guide.

It feels odd having so many menus to contend with – the telly’s Android operating system feels like it has multiple layers of smart menus with YouView, Sony, and Google’s software built on top of one another – but you soon get used to this slightly disjointed approach.

This also gives it compatibility with a Google Home, should you desire to shout at a speaker in order to get your favourite shows on-screen.

Even if you don’t have a Home speaker the voice control on the remote means you can still yell at the telly, although in reality it’s not any faster or more precise than good, old-fashioned buttons.

Clicking through the Android Nougat OS is nice and responsive, but it the interface still isn’t as clean or snazzy as Samsung’s Tizen operating system or LG’s WebOS.

Aesthetically, the XE8596 looks perfectly respectable. It’s not the thinnest or flashiest looking flatscreen, but the thin layer of silver around the edge of the bezel is a nice touch and, on the whole, the TV has a minimalist appearance that’s both appealing and unobtrusive.

There is an issue with stability, though; the TV rocks back and forth on its stand when knocked, and even standing still it has a slight lean to it. We would suggest keeping it out of the way of energetic children or pets.

You won’t have to worry about anything getting caught up by cables, though, as the XE8596 has Sony’s ‘cable-less’ design, which means you can tuck the cables into gaps in the legs of the stand to avoid tangling and increase neatness.

And four HDCP 2.2 HDMI connections means there are more than enough to cope with your set-top box, games console, and Blu-ray player.

The XE8596 is a good performer but doesn’t quite set the standard at this level. Let’s start with the positives: this Sony has a good handling of both blacks and whites – and every shade in between.

We load up the Planet Earth II Ultra HD Blu-ray and the difference in the relatively grey shadow’s gradation when the sun breaks over the red rocks of the Arabian peninsular is really rather impressive.

Similarly, the XE8596 has a surprising sophistication when it comes to mountain snow. The white ice under the crows, as they steal food from eagles, is satisfyingly nuanced, able to show the differences in tone where other televisions would show pure white.

It’s a mighty realistic and natural picture all-round - one that avoids exaggeration and enhancement - and in many ways that’s to be applauded.

The XE8596 is pretty detailed too; changing to John Wick: Chapter 2, there’s a good amount of insight to the beads of sweat on Abram Tarasov’s (Peter Stormare) glistening forehead as he realises that Wick is assaulting his chop shop, and the texture of his rough beard comes across nicely.

Even without Sony’s ‘Motionflow’ motion smoothing turned on, the XE8596 handles Wick’s rapid-fire punches and brutal fight scenes with ease. Putting it in ‘Standard’ mode makes the action a little slicker, improving the movements without going overboard, but our advice is to try it out and see if it’s to your tastes.

This TV has trouble when playing a lower quality standard definition broadcast. Blu-rays are a little noisy, while standard definition programming is smooth and clean, but not particularly detailed or sharp – other TVs are capable of making more of your low-res content.

It does well enough for a relatively large screen at a relatively low price, though, and the picture is watchable no matter what you throw at it.

But while the XE8596 should be applauded for its realism and balance, it’s let down by a lack of punch, and that hampers its HDR performance.

In Life of Pi, the popping, luminescent glow of the islands, the gargantuan whale that jumps over Pi’s boat, or the roaring oranges of Richard Parker the tiger, are muted and reserved.

Fiddling with the ‘Live Colour’ or ‘Adaptive Contrast’ settings can coax a bit more life out of the television, but only a bit – and at the expense of crushing the subtlety in the dark details.

For everything that isn’t HDR, the Sony’s comparative lack of punch is far less of an issue. Play The Lego Batman Movie and the levels of contrast and brightness are what you’d expect of a good LCD TV fed SDR content.

Sound quality on the XE8596 is decent, but nothing special. Going through its sound modes, we find that ‘Standard’ suits most everyday viewing, while the slightly more expansive ‘Cinema’ setting is worth a go if you’re watching something more action-packed.

Dialogue is quite clear, and on the whole it’s decently detailed, but it is limited when listening to explosive soundtracks.

During John Wick: Chapter 2, when Wick eliminates his targets during a concert, the bass beats aren’t dug into much, and there’s a hint of harshness to treble-focused effects like smashing glass.

That said, you can push this television loud without hearing much distortion, and the soundstage is pretty wide. It’s a decent sound, but we’d recommend pairing the TV with a soundbar for the complete experience.

The Sony has a good handling of detail, a mature picture that never over-exaggerates what you’re watching, and it tracks both quick and slow movements with ease.

But, while it ticks all of the spec boxes, the XE8596 lacks the brightness and contrast to really make the most of HDR content.

If you’re buying a new TV in 2017 it will probably be with HDR in mind. But with the XE8596, you could well end up wondering what all the fuss is about, because on this TV the step-up from SDR to HDR is a very small one.

True, the Sony is pretty affordable for a 55in 4K TV, but we think it’s worth spending a little bit more or even going for a slightly smaller telly in order to get the high dynamic range you deserve.