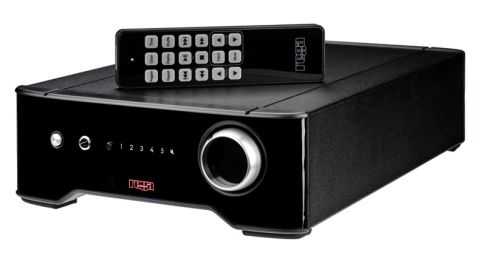 An incredibly talented amplifier in every way, this is the best Brio yet

We’ve waited six long years for the successor to one of our favourite budget amplifiers – the Award-winning Brio-R – and Rega has come back with a redesigned Brio that is every bit as exciting as its predecessor. And more.

Now in its sixth generation (the original Brio first launched in 1991), the new Brio feels both familiar and completely new.

It’s been redesigned, but in a way that harks back to the retro style of the older Brios. It remains an analogue-only amplifier, but it now, finally, has a headphone socket. And, crucially, it sounds terrific.

Everything we loved about the Brio-R is here: its incredible sense of rhythm, the punchy dynamics; the agility, detail and fun.

The new Rega Brio takes all of those prime qualities and hones them even more finely. As a result the sound it produces is clearer, more detailed and more muscular.

If we had one issue with the old Brio-R, it’s that its lean character meant it had an excitable treble that needed careful matching with the rest of your kit.

So we're particularly delighted to report the leanness has been filled out by the new Brio, making it much more forgiving than its predecessor when it comes to pairing with speakers. It has a fuller, richer sound that also has a gorgeous solidity running through every single note.

The same 50W per channel (into 8 ohms) runs through the amplifier’s veins and, while that may not sound like much, you only have to crank up A Perfect Circle’s Pet to feel the sheer force of wailing guitars and thunderous drums from the second you hit play.

It goes loud. And it’s thrilling.

But the Rega hasn’t transformed into some muscle-bound heavyweight.

Despite the satisfying oomph that accompanies weighty music, it's this amp’s nimble footing and rhythmic prowess that's the true highlight and the thing that makes us play song after song through it.

It ducks and weaves its way around tricky compositions, tying all musical strands together in a way that’s authoritative and skilful without ever losing its sense of fun.

The sustained build up of tension in Arvo Pärt’s Fratres is a real test of the Rega’s talents: the strings are light but urgent, and you can hear the screechy texture of the bow scraping across them.

The piano notes are pleasingly solid, and the sudden drop into silence after it ratchets up the tension is handled masterfully.

The leading edges of notes are stunningly precise, and there’s a depth to the quieter moments that’s as impressive as the crescendo is controlled.

You can lose yourself in the way the Rega handles whatever song you throw at it, regardless of the source.

It’s not so analytical that it comes over like a clinical lecture in how music should sound, but it is revealing enough to expose the differences in recordings and the atmospheres of songs.

The dreamy, melodic tones of Alt-J’s Breezeblocks comes across all fluid and delicate through our streamer, while the playing of Alice in Chain’s Unplugged album on vinyl conveys the live audience, the much bigger scale and the deliberate roughness of the production.

Listen to the same songs through the Brio's new headphone socket and you’ll find the same presentation: it’s a terrifically musical amp.

Thanks to its newly acquired sonic weight, the Brio is evenly balanced across the frequencies. The top end sparkles and yet there’s a sweetness to it, while basslines enjoy depth and rumbling textures.

Voices are intimate and expressive: you can hear the restraint in Corey Taylor’s usually roaring vocals in From Can To Can’t, while Tom Waits’ gravelly tones are textured and full of rawness in Alice.

At this price, the Brio’s main rival is the Award-winning Cambridge Audio CXA60 (£500). While the affable Cambridge is more open and delivers a bigger scale of sound, it sounds soft around the edges compared with the Brio’s punchy, articulate sound.

The £600 Brio can’t match its bigger brothers in terms of scale, subtlety and dynamism, but it does have the crisp top end and sense of fun that holds up against its fiercer siblings.

The sonic character remains the same, which is impressive for Rega’s budget amp.

The new Brio has been revamped throughout, from an updated circuit board layout to the swooped front-panel design that’s reminiscent of early ’90s Brios.

Every tweak to the circuits and power supply has been made to help isolation and keep the main signal path as clear as possible, leading to better overall sound quality.

There are now two separate power supplies in the Brio: the bigger for the power amplifier section, the smaller for the phono stage and preamplifier.

The half-width design’s return is welcome – it looks smart and is ideal for those with limited space. But there’s more going on than simple cosmetics.

The chassis has been redesigned: it’s now made of a two-part fully aluminium case that helps its heat-sinking and reliability. This 5kg amp is so reassuringly robust you almost get your money’s worth in heft alone.

The curved front and rearranged display are minimalist and elegant. Only the volume dial, a couple of buttons and red LEDs adorn the glossy front panel.

The power button and input selector click satisfyingly, and the numbered input icons light up accordingly when chosen.

The Brio’s other prominent feature is that new volume dial: a hollowed-out metal ring that makes the amp look a bit like a monocle-wearing dandy.

It changes the level responsively, and has a smooth action that’s lovely to use. Selecting inputs is swift and intuitive too, whether you’re using the front-panel button or the supplied remote.

Rega continues to keep things simple and analogue-only with the Brio, including a moving-magnet phono stage that’s designed to work harmoniously with the company's own Planar turntables.

Around the back you’ll find four line-level inputs, the phono-stage inputs, and a pair of outputs for recording. A single pair of speaker terminals is also present – and that’s it.

We can imagine many wanting digital inputs, too. After all, the Cambridge CXA60 offers digital inputs, a high-resolution DAC and Bluetooth streaming. Though it doesn’t have a phono stage...

The headphone output is the Brio’s one new addition: the 6.3mm connection has been carefully integrated to make sure it doesn’t interfere with the main speaker signal.

It still takes its signal from the output amplifier, but there’s a separate relay switch that keeps the speakers and headphones separate when not in use.

The headphone port can drive a wide variety of headphones, across a wide range of impedances.

Rega says its engineers have tested headphones from 24 ohms to 300 ohms – so the Brio should comfortably be able to drive whatever pair you have.

We loved the Rega Brio-R enough to give it a Best Buy Award in 2012, and continued to look upon it fondly even as newer amplifiers stole its crown.

It’s an upgrade in every way, from its redesigned features to its immensely engaging, precise and subtle sound.

It’s the kind of amplifier we want to leave on and play our entire music collection through. Again and again.

And isn’t that what all good hi-fi is meant to do?