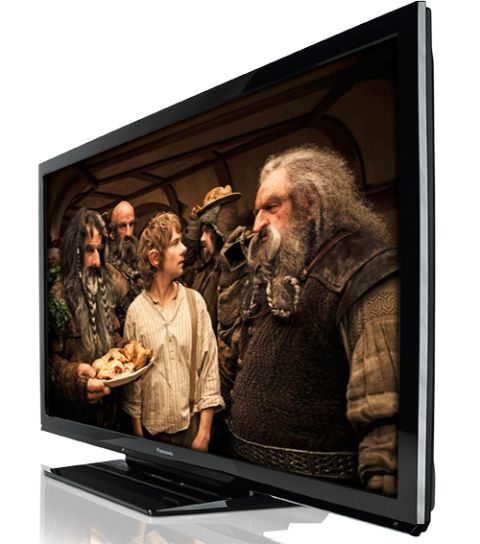 It might not have the frills, but it certainly delivers the thrills – in performance per pound terms, you can’t do better

Obviously for this price you aren’t going to get much in the way of goodies… none at all, in fact. A peek at the connections reveals just two HDMI inputs, as well as composite, component and Scart video inputs, an SD card slot, USB port and ethernet socket (the latter is only for firmware updates, not network streaming), and optical audio and headphone jacks. Basic stuff.

And the TX-P50X50B is equally basic in every other area, too. From the chunky bezel around the screen, to the functional stand and even the rather dull-looking on-screen menus, it’s clear that you’re getting what you’ve paid for.

Panasonic TX-P50X50B: Picture quality
Dialling in the picture is a simple task. That’s partly because you don’t have a lot of options to play with, but also because it’s actually pretty good out of the box.

Starting out with Scrubs in standard-definition, we notice a much cleaner, sharper picture than from the Samsung – and that’s something of a surprise, because both these TVs share a 1024 x 768-pixel HD Ready resolution.

In any case, whites are brighter than many rival TVs at this size and price, and also display more detail. Scrolling text, likewise, is smooth (although the edges aren’t as pleasing as with the LG 50PA6500T) and flesh-tones are accurate. It’s how you’d expect a standard-def picture to look.

Moving over to Freeview HD and Come Dine with Me (we only test with the best programmes), there’s more detail and composure to textures, while faces show up more in the way of expressive lines. Flesh-tones are improved over SD, too.

There’s also a good deal more depth to the picture than we found with the LG 50PA6500T (£499) or Samsung PS51E490 (£550). But while black detail is an improvement on the Samsung, it could still be better. There’s always going to be a trade-off between black depth and detail, but we can’t help wanting a little more of the latter here.

And, unlike its previously mentioned rivals, the Panasonic is the only one to reveal all the lines on Tom Cruise’s face. He still doesn’t look 50, mind you…

Panasonic TX-P50X50B: Verdict
We really like the Panasonic. It can be found for a hundred quid less than the Samsung (great news in itself) but more than that, it’s the picture that wowed us.

Now don’t go expecting perfection – this isn’t a Full HD telly, and spending two or three hundred pounds more on the next models up will give better results. But for what you’re paying, this set is a triumph.