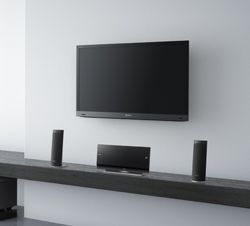 The research, by Nielsen and the Digital Entertainment Group (DEG) respectively, points to the internet and streaming content as key factors for both figures declining.

Nielsen reports that TV ownership in the US fell from 98.9% of households to 96.7%, and said poverty and the rise of TV content online have combined to cause less households to purchase a TV.

The DEG meanwhile announced that sales of DVDs and Blu-rays in the US were down 20% in the first quarter of 2011.

Sales fell from $2.58bn to just over $2bn in the first three months of the year, while DVD rentals through the likes of Blockbuster fell 36% year-on-year to $440m.

Interestingly, and perhaps unsurprisingly, consumer spending on streaming services such as Netflix – a US equivalent of the likes of Acetrax or LoveFilm's online service – rose 33% to $695m.

While the streaming services are building on a relatively low starting rate in 2010, there's clearly potential for serious growth.

Which means it's no surprise to see Hollywood looking to exploit streaming services such as YouTube, as we reported recently.