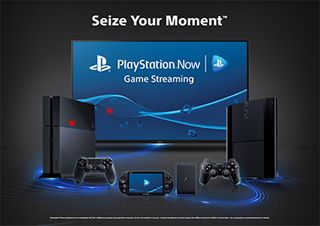 PlayStation Now – the video-game streaming service that will let you play PS3 games on your Sony TV without the need for a games console – is to launch in Beta mode in the US next week.

From 30th June, a private pilot of the service will let the owners of compatible Bravia sets – including all Ultra HD 4K models and some 1080p smart screens – experience PlayStation Now.

PlayStation games will be streamed to the TVs from remote servers, provided you're connected to the internet and have a Dualshock 3 controller. The PS4 beta is due to launch on 31st July.

Once the service is up and running, Sony has promised you'll be able to access PlayStation Now through a range of devices – including the PS3 and PS4 consoles and PlayStation TV.

For the Beta launch, however, there will be a limited selection of games on offer, including God of War, Ascesion, Metal Gear Solid 5, Ground Zeroes, and Ultra Street Fighter 4 among others.

You'll be able to rent titles for one, seven or 30 days through PlayStation Now, though it's understood that a subscription model will be available offering full access to the 100-strong library.

Sony said "multiple pricing tiers and rental durations" will be tested during the Beta, with the shortest rental prices starting as low as $3 (£1.75) and ranging to no more than $20 (£11.75).

And according to a CVG report from earlier this year, European gamers will have to wait until the first quarter of 2015 before they will get the chance to experience PlayStation Now for themselves.