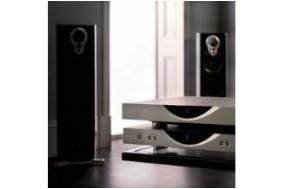 In 2009 sales of Linn's DS range of digital music streamers "dramatically surpassed" those of its CD players, sounding the death knell for the company's CD players.

Linn says 30% of its sales now come from DS devices, a market share which only began around two years ago.

This is in contrast to a 40% year on year decrease in sales of CD-based machines over the same period.

With the company now offering studio master quality downloads the company thinks that digital music and wireless streaming is the future.

Gilad Tiefenbrun, MD of Linn Products Limited, and son of the company's founder, said CD players no longer belonged in the specialist domain.

"Our customers have fast recognised the limitations of CD players and in an age of home networking, people now want better control of their music and the ability to enjoy it any room of their house.

Having spent the past two years significantly developing Linn DS and listening to feedback from our customers, we have every confidence in our decision."

The company will continue to manufacture DVD players but all CD players will cease production, including systems such as the Classik.

However, Linn remains committed to vinyl and turntables, pointing to the recent vinyl renaissance and the continued interest from the dance music world.