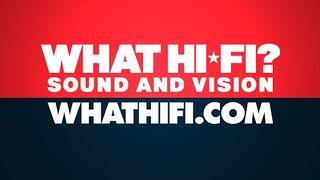 This week on whathifi.com we reported on Panasonic's announcement that they will be leaving the plasma TV market.

News drifted in as Google responded to Apple's recent launches by getting the Nexus 5 ready, and Bang and Olufsen unveiled three new speakers.

The fires were kept burning in our reviews department, with efforts from Cambridge Audio, Guru and Wharfedale all assessed.

It's been coming and it's finally here. This week Panasonic announced that they will bidding adieu to the plasma TV market, with production expected to be shuttered by the end of December 2013.

Business operations at the three Panasonic PDP factories in Japan will stop by March 2014, with the latest range of plasma TVs – which we gave several awards to – set to be the company's last.

Citing a lack of demand and sales of LCD/LED panels as the reasons for the end of plasma, Panasonic has however confirmed that it will be offering after sales support for recent buyers of plasma screens.

Still, at least LG won't be leaving the plasma market...

OPINION: Shed a tear for the end of plasma TV

Over the last two months, Google has watched Apple parade its latest set of portable devices, the iPad Air and iPad Mini 2, with only the new Nexus 7 tablet fired back in anger.

Now, the company has lifted the lid off its Nexus 5 phone, revealing (with little fanfare) the specs as well as official pictures of the device.

A Qualcomm Snapdragon 800 processor is onboard, clocked at 2.26GHz with 2GB RAM. And, as expected, the Nexus will come with the Android 4.4 OS, nicknamed Kit-Kat.

MORE: Nexus 5 prices, deals and where to buy

Surprisingly for a speaker brand, Bang & Olufsen has not released any wireless speakers. Until now.

Launched under its new 'Immaculate Wireless Sound' concept, the range consists of the BeoLab 17 compact speaker, the BeoLab 18 column speaker and the BeoLab 19 subwoofer.

All three speakers use the new WiSA (Wireless Speaker and Audio) standard for delivering high-quality wireless sound and can be used with the B&O BeoVision 11 TV (so long as you update the TV's firmware).

The speakers will be available to buy from November onwards.

Philips terminates its agreement with Funai after breach of contract

So small it could easily fit in your pocket, the Cambridge Audio DacMagic XS performs close to the levels of the HRT MicroStreamer for (near-enough) half the price.

For its stature, it's an immense piece of kit and a superb buy for those on a budget. Just try not to lose it.

In light of its illustrous, more recognisable peers, the Guru Junior speakers were a huge surprise. Considering it was up against efforts from KEF, Monitor Audio and Tannoy, they impressed us with some excellent bass levels and timing.

There are some black marks (well, smudges) against it, but in light of what it gets right, they're easily dismissed. These are excellent speakers.

We are enthusiastic fans of the Diamond 121 speakers. So when Wharfedale decided to include them in a new speaker package, we were interested.

But perhaps we were expecting a little too much. While an excellent package overall, there's one aspect of the system that lets the team down. A case of "so close, yet so far" for the 100-HCP.