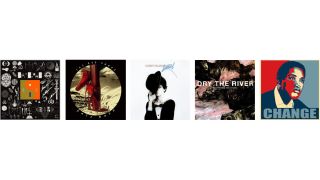 The vocal - often the official moment that gets a gig under way. Often the determiner of the direction your eyebrows go when first listening to a new artist. The vocal has enabled ‘one-man bands’ to play to rooms of thousands of people with only a guitar in their hand or a piano at their fingertips. The vocal is what has given Elvis Presley, Freddie Mercury and Aretha Franklin their status as some of the greatest musical communicators in history.

It’s probably the reason you realised, at an early age, you might not be that guy in a band - but more importantly it’s also why these tracks and artists feature below.

We’ve chosen 21 songs with exquisite vocals by exquisite vocalists (so no Beethoven here, I’m afraid), from Frank Sinatra to The Streets, that are perfect to test your system - whether it’s for their brooding baritone or their dynamic pyrotechnics.

You can get a taste for the tracks via YouTube below, or head straight to our Apple Music, Spotify and Tidal playlists where you can find them all in one place.

Thanks to the quivering falsetto of frontman Peter Liddle, we could have picked almost any number from the now-disbanded London folk-rock outfit Dry The River. The former choirboy reaches remarkably lofty heights, and here his signature undulating delivery moves from calculated tenderness to passionate outcries beteen his bandmates' rip-roaring electrics. You should be able to hear his every tremor between your stereo speakers.

Like this? Try Antony and the Johnsons For Today I am a Boy

You could fit more than a handful of artists’ vocal ranges between PJ Harvey’s. At one end of her repertoire is the angsty alto growl that steers the organ on Down by the Water, and at the other the angelic high-pitched wailings here during On Battleship Hill where, while speaking of the casualites of war, she exercises her best impression of a soprano choirboy. The juxtaposition of the deep baritone running beneath it makes for a great A/B comparison, too.

With a raspy coarseness that’ll have you tenderly stroking your vocal chords and reaching for the nearest glass of water, plus a vibrato that could have you checking for wobble on a vinyl pressing, Janis Joplin’s frontwoman performance here steals the show even amongst the gilded psychedelic ‘60s-defining electric guitar jams - which really is saying something.

Like this? Try The Tallest Man On Earth The Dreamer

Nirvana - Where Did You Sleep Last Night?

Nirvana's MTV Unplugged performance in New York is a go-to album in our test room for more reasons than one. Aside from showcasing the diverse range of Kurt Cobain’s vocal, and its unerring faithfulness live, the slow-burn build from muttered country drawl to anguished shriek is a great examination of the dynamic subtlety of your system.

Kate Bush - Top of the City

One of Kate's best vocal performances at her 2014 Before the Dawn London shows is also, not that surprisingly, one of the most accomplished executions she's ever committed to tape. Her other-wordly ability to near-whisper one line into the mic and belt down the next in true rock-queen guise is fully to the fore.

(Go for the original The Red Shoes album version rather than 2011's Director’s Cut, as the latter features a tragically restrained vocal delivery in favour of more instrumental chutzpah.)

Like this? Try This Mortal Coil Song to the Siren

While Simone’s dramatic cover of Abel Meeropol's sobering protest poem (most famously performed by Billie Holiday) doesn’t perhaps show off her vocal dexterity as well as many of her numerous hits, it’s a triumph of low-level dynamic craft. The most insightful kit should reveal very few static moments in both her execution and the piano accompaniment.

What better than a lush production of enchanting Irish-tongued balladry to test the sheer scale and openness of your system (and, perhaps even more so, your headphones)? The echoic, ethereal choir of Celtic band Clannad (from which spawned Enya) should fill your soundstage without dominating the daintier soprano that it frames.

Frank Sinatra - It Was a Very Good Year

It just wouldn't seem right for a celebratory list of vocalists to ignore Sinatra's distinct baritone. Here in 1965 (before taking on the deeper, smokier quality that defined his later-years delivery) it's light, free-flowing and pliable, often moving along with rubato, and demonstrating the dynamic gusto and rhythmic diction the crooner was well known for.

View Frank Sinatra September Of My Years on Amazon

At the other end of the of the frequency scale is Joni Mitchell’s high-pitched, featherlight vocal, here depicting her anecdotal appreciation of a hippy cave-dwelling commune she once visited. A decent system will capture her vocal acrobatics across several octaves, her impeccable self-harmonising and the subtle timing discrepancies within the breezy, buoyant tempo. You'll know how unerring your system is when it's playing Joni Mitchell. You'll just know.

Thick, cavernous and resonant (albeit with the range of a teaspoon), Matt Berninger’s baritone has become one of the most recognisable in popular music - thanks in great part to its soothing depths and rare ability to be so mellifluous within melodies at the same time. Demons exposes one of his most sure-footed, more-monotonous-than-most delivery, which is sure to give your mid/bass driver or woofer a good run for its money.

Like this? Try Nick Cave & The Bad Seeds We No Who U R

The possessor of another classic (albeit considerably less accomplished) low range, Lou Reed has a penchant for straight-laced, seemingly aloof storytelling. But where he's often easy-going, his vocal can also morph into impassionated outbursts - and with Coney Island Baby there is, at times, dynamic attack sufficient to have you straightening in your chair. With a largely undemonstrative acoustic and drum mix faintly colouring the canvas around it, Reed’s vocal really (and rightfully) is centre stage.

The Unthanks - Here's the Tender Coming

As rooted to folk tradition as Morris dancers of old, the virtuosic vocals of these two Geordie sisters, with their matching dialect but disparate timbre, make their duetting parts some of the most interesting on the music scene. Clean, unspoiled and, for the most part, largely unaccompanied, they offer a thorough mid/upper midrange workout.

View The Unthanks Here's the Tender Coming on Amazon

The Streets - Blinded by the Lights

The vocal equivalent of walking with your head down and hand in your pockets, Mike Skinner’s deadpan rambling raps are not only witty and slick here, their poetic step makes them solid a test of timing against the backdrop’s jagged beat.

View The Streets A Grand Don't Come for Free on Amazon

Laura Marling - What He Wrote

One of the greatest singers of this generation, Laura Marling is (like Eva Cassidy or Norah Jones), a perfect soundtracker of a breezy summer’s day. Your system owes it to her (and you) to be transparent enough to lay her vulnerability bare, to pick out the subtle lifts and lilts of the silky, sun-bathed delivery that often curl into the softest of whispers.

View Laura Marling I Speak Because I Can on Amazon

It may be his virtuosic guitar-playing that Jack White is most notable for, but his nasally, overwrought-sounding vocal is just as distinctive - and here it’s as impressive for the elasticity of his upper midrange display as for the immediacy of it.

Unless you have your system connected to your TV, there’s a very good chance you won’t have heard Darth Vader through it. If you’re now sitting there thinking what a pity that is, the next best thing is listening to this Bon Iver track. A radical departure from his trademark falsetto, Justin Vernon’s completely unaccompanied vocal seeps from a thick vocoder cloud, with all the digital depth of a modern-day electronic record that a mid/bass driver should lap up.

A wonderfully direct midrange performance from Fife singer-songwriter Kenny Anderson, his jaded, rustic timbre is complemented by the sweet backing vocals of Lisa Elle. Hopkins, fresh from his collaborative Small Craft on a Milk Sea album with Leo Abrahams and Brian Eno, lays down a fluid piano accompaniment too. It's all about space and textures within that midrange here.

The King of Soul lays down a career-defining vocal illustrating his optimism for future African-American equality - his heartfelt crooning is awash with the energetic passion and mighty vibrato that defines the traditional bluesy vocal. Warmth and richness should cling to his booming presentation without neglecting his pained expression and effortless melisma.

Like this? Try Eric Bibb & Needed Time Where the Green Grass Grows

Jefferson Airplane - We Can Be Together

You may have to endure (read 'air-guitar along with') almost a minute of Kaukonen’s jamming before any vocal kicks in, but it’s worth the wait when you’re eventually handed the pitch-perfect matrinomy of Kantner, Balin and Slick's harmonies. Your system should easily discern the three vocal tiers, and provide space around Balin's high tone and reach.

Like this? Try The White Stripes It’s True That We Love One Another

Solange - Cranes in the Sky

Like her A-list sister (to whom we've given an honourary inclusion below), Solange has flexed her soprano style in pop music, here within a sweet, clear and polished production that lies at the foreground of a bare instrumental arrangement. If your system's upper midrange is its highlight, this should be a great advert for it.

View Solange A Seat at the Table on Amazon

Randy Newman - It's a Jungle Out There

A wonderful songwriter, a wonderful singer - and a bona fide elder in America's singer-songwriter/composer hall of fame. Randy Newman may not have much in the way of vocal range, but the musical inflections in his distinctive voice can guide melodies through jazzy terrains with seemingly effortless ease.

Like this? Try Lyle Lovett She's No Lady (She's My Wife)