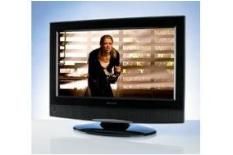 Intriguing rather than compelling – don’t be blinded by the branding

This 22in set isn't about to bring the John Lewis/Waitrose empire to its knees, but it's hard to see how it will reflect entirely positively on the brand.

First impressions aren't great: at 22in it's one of the bigger small screens, but it's housed in a needlessly large chassis. Turn it on, and there are issues with uneven backlighting along the top and bottom of the screen.

Pictures from a Blu-ray of Moon are bright and reasonably punchy, with good levels of detail on display and smooth edge-definition.

The colour palette, skin tones aside, is convincingly natural, but the JL22 isn't too confident with movement and can't provide much in the way of actual black.

But while it does lack black depth, dark tones (such as they are) do provide bleaker scenes with reasonable amounts of detail.

Soft DVD images
Give it a DVD to upscale, and you get an image that's soft and short of detail. The set's signature brightness is impressive, but its inability to control complicated patterns or handle motion with any conviction disappoints.

With broadcast pictures, though, the JL22 claws back some credibility. Edges are smooth, patterns are dealt with confidently and the punchiness of the picture maintains detail well.

Sound, while thin, is fairly well composed and quite spacious. Unless you're playing games, when images are lag-free but sound is bleached and spiky.

It's hard to know who this screen will appeal to. It's a decent enough television receiver, but for a small screen it's pointlessly large and its performance can be bettered.