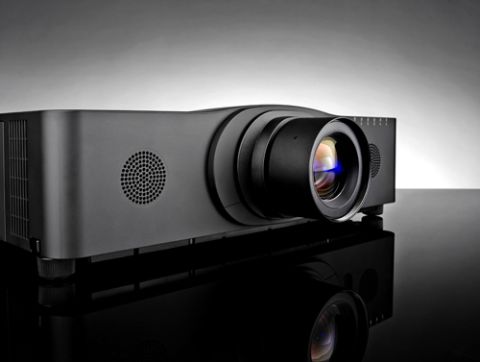 Unless you specifically want a projector for a bright room, you can do better

The InFocus IN5144a doesn’t care how it looks. That’s not to say it’s unattractive – it just appears to mean business, regardless of your room’s aesthetics.

The InFocus website lists the IN5144a as a ‘large venue projector’. It’s not really designed for the home cinema arena, but that doesn’t mean it doesn’t have its uses there.

For a start, it’s seriously well-connected. Having two HDMI inputs is fairly standard, but you also get VGA, 5BNC, USB-A, USB-B, composite, component and S-Video.

There are also audio inputs, in case you feel like using the tiny on-board speakers. You get a motorised lens, which is easy to shift and set up.

The InFocus IN5144a is an incredibly bright projector: its rivals measure somewhere in the region of 2000 lumens, whereas this InFocus boasts 5500 lumens.

We turned up the lights in our testing room and the picture was still very clear. You even get a decent level of detail. Colours are fairly well balanced, with enough subtlety.

Of course, there are going to be issues. We’re not surprised to see the black levels affected by the high brightness. Blacks are often washed out and indiscriminate.

We watch the Shanghai skyscraper scene from Skyfall and it’s hard to separate James Bond from the shadows.

The lack of Full HD, unsurprisingly, results in a softer picture. If you’re after a projector to show off your Blu-rays in the most pin-sharp quality, this is not it.

To top things off, there’s quite a bit of noise: in the picture as well as coming from the projector. Oh, and there’s no 3D.

Why would anyone buy a projector that’s not been designed for home cinema use? Well, not everyone wants to (or is able to) use their projector exclusively in dark rooms.

And that collection of inputs may interest those with a quantity-over-quality approach.

If you’re serious about picture quality and you want to get the best out of your 2D and 3D Blu-rays, we’d recommend steering clear of this one.

But if, perhaps, your needs are a little more unconventional, or if you have a serious amount of kit to hook up, the InFocus IN5144a is a viable alternative.