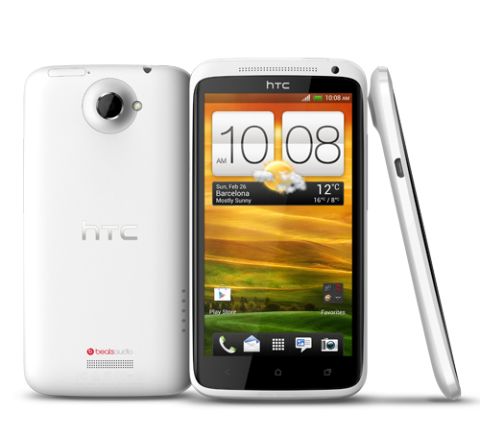 Early last year, the HTC One X became the first phone with a quad-core processor to hit the UK, enjoying a period at the top of its game until the Samsung Galaxy S3 came along and rained on its parade.

Now a 4G-toting version of the One X, the HTC One XL, is here, arriving as one of the first handsets to work on EE’s 4G network in the UK, and priced identically to the 4G version of its old Samsung rival.

HTC One XL vs. HTC One X

At first glance, the HTC One XL looks exactly like its predecessor – it sits in

packs the same 4.7in screen.

In fact, it’s solely under the hood where there’s been a shake-up. HTC has nixed the quad-core chip that grabbed the One X its headlines and used a dual-core unit instead.

While this might sound a backward step, there is method in the madness: the 4G module inside the HTC One XL isn’t compatible with the ARM Cortex-A9 quad-core chip in the original One X.

The US version of the One X was only ever dual-core for the very same reason. In its place is Qualcomm’s Snapdragon S4 – a new-generation 1.5Ghz dual-core chip, heavily improved from those found in earlier phones.

In day-to-day usage, you’re unlikely to be able to tell much difference between the two – we experienced no lag or delay of note – though it will screen you out of the growing number of quad-core only games. It also doesn’t help that the 4G S3 – the Galaxy S3 LTE – retains its quad-core chip, and four cores is always going to sound more appealing than two.

Its design tops that of the S3 though. While Samsung’s handset could well be described as ‘plasticky’, the One XL has a soft-touch finish to it that gives it a more premium feel.

It’s lightweight in the hand and its curved edges make it easy enough to hold, despite the large screen. Those with smaller hands will be stretching to reach the very top of the display without adjusting their grip, but then screen sizes like this are fast becoming the norm…

Button layout is pretty standard, with a volume rocker on the right and power/lock button on the top, though the latter is in a slightly awkward position on an edge if we’re being picky. The micro USB charging port is on the left-hand side, but comes with no covering, leaving it open to collecting dust or whatever else it might be sharing with the bottom of your pocket or bag.

The screen has a respectable 720 x 1280-pixel resolution, and performs well. Web pages look sharp and bright and render quickly via EE’s 4G network, although we found that white backgrounds tended to veer towards the creamy side.

Video looks good, too – HD movie clips on YouTube load quicker and, as we’d expect, are much clearer and smoother than those loaded on an iPhone 5 over a 3G network, with a more natural, realistic reproduction of colours and deep blacks. However, given a level footing – over wi-fi, say – the iPhone still delivers a crisper, more insightful image.

Strangely, HTC has chosen to launch the One XL with the older Android 4.0 (aka Ice Cream Sandwich) OS, which lacks the refinement and improved frame rate of Jelly Bean (version 4.1), making it feel instantly outdated.

It also seems a rather confusing choice, since the HTC One X+, a revamped version of the One X, has Jelly Bean pre-installed. The One XL will receive an update at some point (the original One X received it just before Christmas), but there are currently no firm details of when we can expect it.

Storage is acceptable at 32GB, but it’s a shame that HTC has chosen not to include a microSD card slot for expansion, or release a 64GB model as found in the HTC One X+. The One X+ also pips it on battery, packing a bigger 2100mAh to match that in the S3, while the One XL keeps the 1800mAh found in the One X. It’s safe to say HTC hasn’t necessarily done all it could.

Of course, dropping the quad-core chip will help battery life, but replace that with a 4G connection and you’re looking at an even bigger drain on juice. In fact, the quoted talk time for the One XL is 8.5 hours compared with the HTC One X’s 10 hours.

With regular use – a bit of browsing, some calls, texts and music playback – we found we couldn’t make it through a full day without having to give the One XL a charge, which should be a consideration.

As with all HTC phones of recent years, the One XL comes with Beats Audio on board. And it’s pretty good. Not as bass-heavy as we’d have expected, it handles low-frequecies with warmth and confidence but without overpowering the vocals. It can’t convey subtle details as well as the iPhone 5, for example, and nor is it as dynamic – but it’s an enjoyable listen for music on the go.

What aren’t so good are the bundled earphones. They are the traditional earbud style that we found sat awkwardly in our ears. A quick switch to the Award-winning SoundMagic E10s (£35) later, though, and the sound is far better.

The HTC One XL’s 8MP camera matches the excellent snapper installed in the One X. Colours are realistic and photos clear, if not quite as sharp as those captured with the iPhone 5. Low-light performance was good too, thanks to the fast f2.0 aperture lens allowing plenty of light into shots.

The camera app is packed with features, too. Alongside a host of filters for Instagram fans, there are also some manual controls, an auto-upload feature to Flickr or Facebook, face and smile detection and geotagging, making it a fine replacement for your compact camera for snaps on the go.

Overall the HTC One XL is a very capable phone. It’s well designed, with an excellent camera and a large screen making it perfect for watching videos. Its big let down, though, is its battery life, which we found to be noticeably worse than other smartphones we’ve tested.

But while it’s not the highest specced phone out there, its super-fast 4G connectivity makes it part of a rather elite group of handsets right now. And that point alone makes it very desirable phone indeed.

See also: Everything you need to know about the EE's 4G network