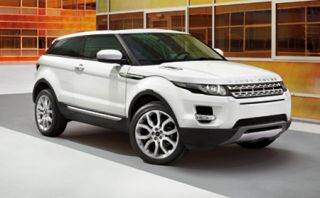 I’ve just spent a few days listening to the new Meridian Surround Sound system in the Range Rover Evoque. It’s a great-sounding system, and represents an exciting new chapter for the Huntingdon-based company.

Of course, hindsight’s a wonderful thing, but looking back, it seems surprising that it’s taken this long for Meridian to get involved in car audio. True, the company supplied the hi-fi for the McLaren MP4-12C supercar (below), but that’s hardly a mainstream car: I doubt I’ll ever get to hear it, and I don’t know anyone else that fortunate either.

But the Evoque…well, while not exactly an everyday runabout, it’s a lot more affordable than a McLaren. With this car, plus future generations of Jaguar, Meridian is reaching a far broader audience than it ever has before.

True, some purists will argue that by being associated with ‘mere’ car audio, Meridian risks tarnishing its reputation as one of Britain’s most highly respected high-end brands, but the more I think about it, the more convinced I am that it’s a move that makes perfect sense.

The thing is, there’s a perfect fit between Meridian’s approach to audio reproduction, and the specific requirements of a car system. And few, if any companies can rival the company’s experience of using multiple speakers and surround processing technologies to replay stereo music sources.

In 2012, that might not seem like such a big ask: any self-respecting home cinema receiver can do the job at the touch of a button, using a processing technology such as DTS Neo:6 Music.

But back in 1995, when Meridian launched its iconic 565 multichannel processor (below), it was a concept that seemed both revolutionary and, to a generation of listeners familiar with multiple-speaker music technologies such as Quadrophonic, almost heretical.

Every ‘proper’ hi-fi manufacturer remained resolutely committed to stereo music reproduction using stereo speakers: Meridian was, especially in the UK, out on its own.

Yet when used in harness with the unique active, DSP-equipped loudspeakers that Meridian had already established as its stock-in-trade, the 565’s ability to either derive or, if necessary, create surround information, including both centre-channel and rear-speaker signals, from any stereo mix was remarkable.

At the time, only a select few high-end brands worldwide – most notably Lexicon, from the USA – thought the same way, and none could rival Meridian’s complete ‘end-to-end’ solution of processing, preamplification and self-powered speakers.

Dubbed the ‘Digital Theatre’ (a name applied to later, more powerful iterations of the same theme) the 565-based set-up sounded great, especially if you selected Meridian’s preferred ‘Trifield’ processing mode.

This was based on the company’s assertion that not only does stereo music work well through three front speakers – but that it actually should be listened to that way.

In terms of both imaging and spatial cues, the 565 made multichannel music listening work properly, with none of the tricksy artifice of contemporary audio processing technologies.

Why the history lesson? Simply because I was fortunate enough to both review and, for a while, live with a 565, and I heard its legacy coming through loud and clear in the Surround Sound system in the Evoque.

Now don’t get me wrong: of course, the car system doesn’t begin to rival the abilities of either its illustrious Meridian forebear (which cost £2000+ even back then) or the latest state-of-the-art Meridian surround processor, the ultra-sophisticated, uber-expensive 861 (shown above).

The car system costs a comparatively moderate £995, so naturally it’s a sonic compromise next to a living-room-orientated Meridian system.

Yet for all that, this is a system any Meridian lover will find instantly recognisable. It comes with 17 individual drive units (optimistically described as ‘speakers’ in the PR blurb) including three-way clusters of 25mm tweeter, 10cm midrange and 16.5cm bass drivers in each front door, a dedicated 10cm mid plus 25mm coax unit mounted in the centre of the dash, more 10cm mids and 25mm tweeters in each rear door and even a pair of dedicated ‘surround’ speakers – of the same type and configuration as the centre speaker – mounted at the back of the car. There’s a 20cm subwoofer under the seat, too.

As is Meridian’s wont, there’s little special about the makeup of each drive unit in itself: what’s clever is how each is controlled and actively driven, using 825W of Class D digital power amplification.

Every speaker is moderated by Meridian DSP processing, complete with digital crossover management and ‘Cabin Correction’ equalization, designed to optimize the speakers’ efforts to suit the acoustic properties of the car’s interior.

Not too bad, although it’s worth highlighting that said price accounts solely for the processing and speakers: if you want to add a touchscreen interface, a hard-disk-based ‘virtual CD drive’ able to store up to ten CDs and a satellite-navigation system with dual-view screens and a DVD drive, be prepared to spend a fair bit more.

Whether you choose to tick those option boxes is down to you and your wallet, but I’d urge anyone with an interest in music to at least opt for the Surround Sound system (there’s a cheaper Meridian option available too, but not having heard it, I can’t vouch for its ability).

It’s a fantastic listen: its treble is smooth and composed without being overly polite, its bass is forthright and articulate, and a taut, unburstable character pervades every aspect of its presentation. As with Meridian’s living-room hi-fi, you frequently find yourself listening to it at far louder volumes than with other systems, simply because it’s so uncoloured and seamless.

There’s no lag to the bass, and because so many large, powerful drive units are located well forward in the car, the system carefully avoids the disconnected boom-thud crash you sometimes get from in-car set-ups based around powerful subwoofers.

Finally – again, like the company’s living-room-orientated kit – the Meridian set-up sounds best when listened to in its Trifield mode, rather than the Dolby Pro-Logic IIx or DTS Neo:6 options also provided. Imaging is spellbindingly good, especially with a high-quality female vocal.

On the evidence of this system, it’s no surprise that Jaguar has opted to fit its new XJ Ultimate with Meridian kit too (and to judge on the specs in the press release, that car’s system looks to be even better than this one).

I’d expect other cars in the Jaguar-Land Rover portfolio to follow suit just as soon as is possible. Like I said at the start, it’s the beginning of an exciting new chapter for Meridian, one we look forward to following in the months to come.