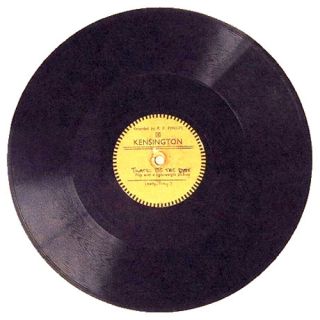 This year's Record Store Day is just over a week away, so we thought we'd whet our collective appetite to spend a little cash on some new tunes with a look at ten of the most valuable vinyl records ever pressed.

It should come as little surprise that the entries on our list are rarities from some of the bet known artists of all time, including The Beatles, Elvis and Queen. Prices quoted are either reported sales, or values estimated by sources such as the redoubtable Record Collector.

Don't forget to add your suggestions via the comments section below or on social media, and also keep checking back to whathifi.com between now and 19th April for more great Record Store Day-related features – and a unique competition...

(via ultimateclassicrock.com; image via strictlyhardlyvinyl.com)

The question was when, not if, The Beatles appeared in this list and they start things off with this demo copy of Love Me Do from 1962. A mere 250 were pressed; just as well if you notice how Paul McCartney's name has been spelt...

(via BBC News; image via Dust on the Stylus)

Before moving into songwriting/producing some of Motown's biggest hits, Frank Wilson put his voice to this unreleased number from 1965. Only two or three copies survived, with one selling for more than £25,000 at auction in 2009.

The Five Sharps might have been a short-lived group, but the story behind the original 78rpm pressing has gone in to folklore. It's a record that allegedly attracted a bid of $25,000 – but owners David Hall and Gordon Wrubel declined to sell. Why? You'll have to read the story...

For the release of this US LP, the Fab Four decided to be edgy with their cover art. And so the "Butcher Cover" was born... before being quickly banned by Capitol Records. The 'First State' versions are most sought after – read more here.

Record Collector's list of most valuable vinyl is normally dominated by The Beatles and the Sex Pistols, but a rare edition of Queen's Bohemian Rhapsody broke into the top 10 in 2012 (EMI 2375) and has been valued at £5000.

According to the Presleyana V buying guide from Jerry Osborne (2002), this compact 33rpm recording of Good Luck Charm was among the most valuable Elvis pressings – a monaural recording worth a reported $24,000.

For a long time, this was perhaps the most controversial record ever released in the UK and rarities are almost expected. In 2012, what is said to be one of only two 7in promo pressings was sold on ebay for £12,629.

(via boingboing.net; image via popsike.com)

Unearthed in a New York flea market in 2002 for 75c, this acetate recording of early songs and mixes eventually became the band's eponymous debut LP. In 2006, it sold for $25,200 – but only after a $155k bid was discredited.

Who are The Quarrymen? And why is this acetate top of Record Collector's list of most valuable UK vinyl? Well, the group of course included Messrs Lennon, McCartney and Harrison and only one copy – in the hands of McCartney – is thought to exist.

(via nme.com; image via imaginepeace.com)

In 2012, a copy of this LP went up for sale with a reserve thought to be $525,000 based on a previous sale. And there's a good reason for the price – Mark Chapman owned it and had Lennon sign it for him, just hours before he shot the former Beatle.

MORE: See all our turntable reviews