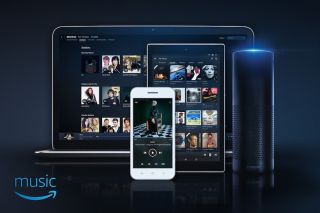 If your and your family are tied into the Amazon ecosystem, then Amazon Music has just become a little easier to access.

Prime members can also pay yearly for either the standard or Family plans, at £80 or £100 per year respectively.

MORE: Amazon's next Alexa speaker to have touchscreen and better speakers

Amazon has also added some Rolling Stone exclusives to sweeten the deal, in conjunction with the release of the band's new album Blue & Lonesome.

Subscribers to Amazon Music can get exclusive behind-the-scenes, track-by-track commentary discussing the inspiration behind the album, and live performances on the Amazon Front Row platform.

Amazon Music is available on the Amazon Echo and Echo Dot speakers, Fire devices, as well as iOS and Android smartphones.