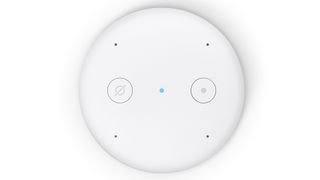 While Amazon has a reputation for generously discounting its own Echo and Fire devices over the peak trading holidays, it isn’t avert to random reductions throughout the year.

For a week, Amazon is discounting four of its Echo devices, including the brand-new, five-star Echo Input.

The Echo Spot, which has the functionality of the Echo Dot but adds a screen, is now only £99.99 (down from £119.99), and the Echo Show with a larger touchscreen and video and voice calling is currently enjoying a 19 per cent saving, now only £189.99.

All four Echo deals end next Wednesday (13th) at 9am, and you can see them below...

The sequel to the original Echo, the latest Echo is a stubbier, improved and surprisingly cheaper smart speaker, with a 3.5mm line output as well as Bluetooth and wi-fi streaming.View Deal

You might want your smart speaker to have a screen, of course... The Spot is a small, round speaker that looks like a clock, with the same built-in voice assistant and functionality of the Echo Dot. View Deal

The Echo Show expands upon the Spot with a larger touchscreen and introduces a unique feature: video and voice calling so you can call people with an Echo or who have downloaded the Alexa app.View Deal

A great way to bring Alexa voice control to your existing speakers, this puck-sized device is effectively an Echo Dot without the speaker. Connect it to powered speakers via a 3.5mm jack or Bluetooth and voila, they have voice functionality.View Deal

Amazon Echo multi-room: all the details on the new Alexa devices