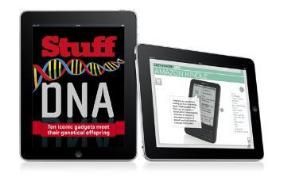 NFC is a short-range wireless technology that allows data to be transferred between devices over a short distance, similar to the system used by Transport for London with its Oyster card.

The technology could be used to allows users to pay for items wirelessly using money in their iTunes account.

Richard Doherty, director of consulting at Envisioneering Group, made the claim which was initially reported by newswire service Bloomberg.

Other mobile companies, such as Nokia, O2 and Orange, have all pledged to incorporate NFC technology in their devices this year, while the technology has already been used by the likes of Parrot in speakers.