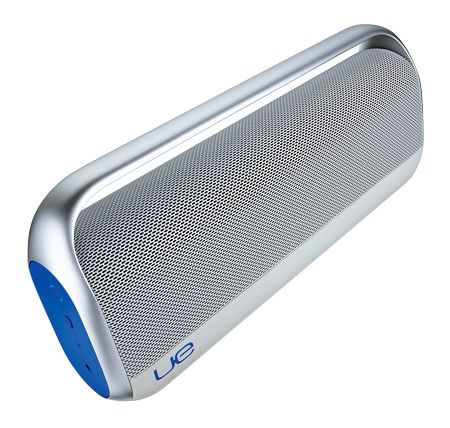 Not completely without sonic fault, but still pretty good for the money

Logitech has done rather well for itself in the portable speaker market, bossing the £100ish iPod speaker dock arena for a good few years. Now it’s branching out with wireless speakers – and slightly more attention-seeking designs.

The Logitech UE Boombox is a Bluetooth speaker with an integrated, rechargeable battery that’s good for up to six hours of playback. A carry handle and a rubber base make it even more outdoorsy, though it’s worth pointing out it’s not particularly light nor does it stand very steadily on its foot.

Pairing proves simple, and there are soft volume up and down controls on one end of the device, and a headphone output too. There’s no remote control, though, so you’ll have to make do with using your source as your volume control.

It could be a little clearer in the treble, but there’s impressive scale and a decent soundstage.

It may not be completely without sonic fault, but for the money, it’s difficult to argue too hard with this Logitech Boombox.

See all our dock system reviews